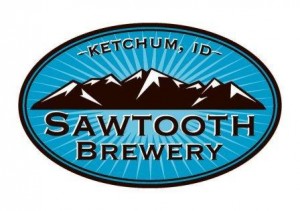 Ketchum, ID — Sawtooth Brewery is celebrating their 3rd Anniversary November 8 with the biggest party of fall slack! The party, which runs from noon to 11pm, will feature three bars: the tap room, a beer garden in the Bellemont Inn parking lot, and behind the tap room with live music from 5pm-10pm. Food vendors will also be available throughout the party.

The highlight will be the 38 Sawtooth Brewery Beers on tap! The line up at the three bars will include:

Tickets are available at the Tap Room now for 3 beer tastings with Paul Holle, our Head Brewer. At 2pm and 6pm will be an Oak Aged Beer tastings with 7 Oak Aged Beers: 3 vintages of Barley Wine, 2 Vintages of Double Rye IPA, an Imperial Stout, and our first Barrel aged sour! At 4pm we will sample 4 Saisons including a Saison, Rye Imperial Saison, Smoked Saison, and Sour Mash Saison.

The Anniversary Party will feature live music from 5pm-10pm starting with Interstate at 5pm and Shawn and the Marauders at 7pm. Merchandise, bottled beer, and Mug Club Memberships will all be 20% off all night!

2014 has been a banner year for Sawtooth Brewery. On the business side, production is up 38% this year after launching 22 oz. bottles, with Watkins Distribution in Southern Idaho and BRJ Distributing in Boise and McCall. Sawtooth Brewery won Bronze for Sunnyside at the North American Brewer’s Association beer fest this spring and also won Gold for Best Local Brewery for the second year in a row.

Sawtooth Brewery has also stepped up local efforts to promote the health of their local mountains. We have partnered with the Idaho Conservation League to brew “Benedicto!” a collaboration beer to celebrate the 50th Anniversary of the Wilderness Act. They also worked with the Sawtooth Society to sponsor two trail clean-ups on Hell Roaring Trail.

As we enter 2015, we look forward to another increase in production, plans for a production facility, restaurant, and more involvement in the local community!

Sawtooth Brewery is currently located at 600 N Main Street in Ketchum, with the entrance on 6th Street. Parking is available on the south side of 6th Street in the Ketchum public parking lot. The tap room is open from 4-10pm weekdays and 2-10pm on weekends.