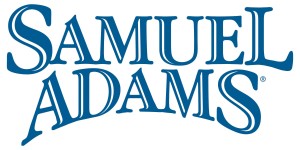 The Speed Coaching event will be held from 7:00-9:30 PDT at SOMArts (934 Brannan St.), and provides one-of-a-kind access to business industry experts. Attendees will be able to participate in up to six 20-minute, high-impact sessions with coaches in areas such as sales and distribution, packaging, finance, and marketing.

In San Francisco, Samuel Adams coaches will be joined by experts from Opportunity Fund, California’s leading microfinance provider, and other local business experts. Small business owners working in food, beverage, hospitality and craft brewing can register online for the free event at http://btadsf.eventbrite.com, and are encouraged to come prepared with questions regarding specific business challenges they face. They are also encouraged to bring samples of packaging, point of sale material, and other items on which they seek feedback.

Samuel Adams Brewing the American Dream coaching and mentoring has already had a positive impact on the community. Just ask Jim Woods, owner of San Francisco craft brewery MateVeza. Woods worked with Samuel Adams experts on a number of different business issues including ingredients sourcing strategies, and from that collaboration he was able to secure and sign his first hops contract.

Year-Round Lending Spurs Success ÔÇ¿In addition to coaching, Samuel Adams Brewing the American Dream supports the San Francisco small business community year-round by working with microlender Opportunity Fund to provide microloans to small business owners who are often shut out of traditional lending institutions due to lack of credit, the small size of the loan request, or the volatile nature of the food and beverage industry. Brewing the American Dream, in partnership with Opportunity Fund, is able to see beyond these barriers to provide microloans to viable small businesses to help them grow and succeed. Two of the most recent loan recipients include:

To support other small business owners, a list of bars and restaurants participating in “Raise a Pint, Brew a Dream”‘ can be found online at: http://www.samueladams.com/raise-a-pint.

*Maximum donation, $250,000. Valid only at participating locations displaying this offer.

Samuel Adams Brewing the American Dream Inspiration and Impact ÔÇ¿Samuel Adams is celebrating its 30th anniversary this year, and despite the craft brewer’s success, founder and brewer, Jim Koch, hasn’t forgotten how hard it is to start and run a successful small business. That’s why he created Samuel Adams Brewing the American Dream, a unique program that provides the two things he wishes he had when starting Sam Adams: financing and real-world business advice. Since its creation in 2008, the program, in partnership with Accion, the nation’s leading nonprofit provider of small business capital and coaching, has coached more than 4,000 small business owners, provided nearly $3 million in microloans to more than 330 small businesses, and helped create or retain more than 1,900 jobs. The program has also seen an unprecedented loan repayment rate of 98.1 percent — well above the national average for small business loans. To learn more about the program, please visit: http://btad.samueladams.com/.

About Samuel Adams and The Boston Beer CompanyÔÇ¿The Boston Beer Company began in 1984 with a generations-old family recipe that Founder and Brewer Jim Koch uncovered in his father’s attic. Inspired and unafraid to challenge conventional thinking about beer, Jim brought the recipe to life in his kitchen. Pleased with the results of his work, Jim decided to sample his beer with bars in Boston in the hopes that drinkers would appreciate the complex, full-flavored beer he brewed fresh in America. That beer was aptly named Samuel Adams Boston Lager, in recognition of one of our nation’s great founding fathers, a man of independent mind and spirit. Little did Jim know at the time, Samuel Adams Boston Lager soon became a catalyst of the American craft beer revolution.

Today, The Boston Beer Company brews more than 50 styles of beer. It relentlessly pursues the development of new styles and the perfection of classic beers by searching the world for the finest ingredients. Using the traditional four vessel brewing process, the Company often takes extra steps like dry-hopping, barrel-aging and a secondary fermentation known as krausening. The Company has also pioneered another revolution, the ‘extreme beer’ movement, where it seeks to challenge drinker’s perceptions of what beer can be. The Boston Beer Company has been committed to elevating the image of American craft beer by entering festivals and competitions around the globe, and is one of the world’s most awarded breweries at international beer competitions. As an independent company, brewing quality beer remains its single focus. Although Samuel Adams beer is America’s largest-selling craft beer, it accounts for only one percent of the U.S. beer market. The Boston Beer Company will continue its independently-minded quest to brew great beer and to advocate for the growth of craft beer across America. For more information, please visit www.samueladams.com.

About Opportunity Fund ÔÇ¿Opportunity Fund is a not-for-profit social enterprise helping thousands of California families build financial stability. Our strategy combines microloans for small businesses, microsavings accounts, and community real estate financing. Now California’s leading microfinance provider, Opportunity Fund began based on the idea that small amounts of money and financial advice could help people make permanent and lasting change to improve their own lives. Since making our first loan in 1995, our team has deployed $300 million into our communities. For more information, please visit www.opportunityfund.org.