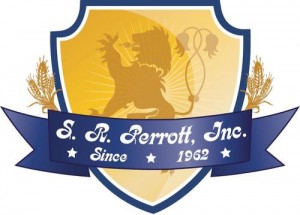 TALLAHASSEE, Fla. — Today, S.R. Perrott, Inc. will have a ribbon cutting to celebrate the company’s grand opening of its new facility. The nearly 90,000 square foot Beverage Distribution Warehouse will be located on U.S. 1 in Ormond Beach, Volusia County, Florida. The combined beer industry in Florida pays nearly $1 billion in federal, state and local taxes. The city of Ormond Beach will present a check for $100,000 to the company for relocating its former Ormond Beach operations within the city’s limits.

“S.R. Perrott is a member of Beer Industry of Florida and we congratulate the company for decades of success. The company employs more than 180 and services the Flagler and Volusia County markets,” said Beer Industry of Florida’s President, Eric Criss, “The entire beer industry is responsible for more than 130,000 jobs across the state of Florida and S.R. Perrott’s grand opening is another example of growth. Beer means jobs, but the real story is beer distributors not only bring quality beer to market, but are trusted business and community partners.”

“As an industry, we are excited about the economic opportunities and growth that result from responsible beer consumption,” said Criss.

Beer Industry of Florida is the voice for beer distributors operating in all 67 counties across Florida. Founded in 1945, the Beer Industry of Florida has advocated for the responsible consumption of beer, an alcoholic adult beverage, while supporting the 3-tiers of beer commerce from manufactures to distributors to retailers. For more information www.floridabeer.org.