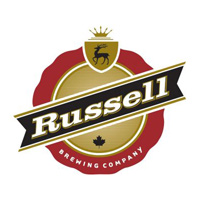 VANCOUVER, BC — Russell Breweries Inc. (“RBI”) is pleased to announce that it has agreed to terms under a letter of intent for the initial non-exclusive rights to import, produce, package, use, market, sell and distribute Russell brands and branded merchandise with FVI Capital Inc. (“FVI”) in China.

The letter specifies the principal terms of a technology and trade mark license agreement (“Agreement”) which includes an initial up-front licensing fee, to be paid by a new Company (“Licensee”) being established by FVI to hold the license and ongoing royalties based on volume of beer produced up to 50,000 hectolitres. This initial royalty stream will produce initial gross royalty payments to Russell Breweries Inc. of over $1 million CDN dollars. RBI will initially take an initial 20% equity position in Licensee. As part of the agreement, the new Company has a 48 month first matching option to acquire an exclusive license for the entire Chinese market for an additional license fee payment and ongoing per hectoliter royalty payments and RBI has an option to increase its stake in the Licensee to 25% at Fair Market Value within the same 48 month term. A Definitive Agreement is expected to be completed within 30 days, which will be subject to TSX Venture Exchange approval.

Mr. Wang, Guodong, will head up the new Company as CEO. Mr. Wang served as chairman and CEO at Xin Jiang Wusu Breweries Co. Ltd, one of the top 15 breweries in China, and the largest in Western China. Under Mr. Wang’s leadership, from 1996 to 2009, Xin Jiang Wusu Breweries acquired 10 local breweries in the Xin Jiang Province, and grew its annual production from 30 million liters to 380 million liters. Revenue and net income grew fourteen times from 100 million to 1.4 billion, and 10 million to 140 million RMB respectively. Mr. Wang holds an EMBA degree from Cheung Kong Graduate School of Business in China.

Mr. Wang made the following comments at the signing of the letter of intent.

“Even though premium craft beer is still a relatively new concept in China, there are significant business opportunities and potential for craft beer makers as China is now the largest and fastest growing beer market in the world. Our research over the past 6 months confirms that especially for large cities in China, demographics, income level and cultural trend are currently at the right level to provide the same fertile ground that nurtured the craft beer movement in Europe and North America two decades ago. We have done extensive market research and are ready to proceed with this significant brand opportunity. Our team brings a wealth of beer industry experience in China and the financial backing of a well connected private equity firm and other industry veterans as initial shareholders in the new Company. We are confident that we have the ability to bring the craft beer business model to China leveraging RBI’s award winning brands and industry expertise.”

As well as Mr. Derrick Ma, Managing Partner from FVI, the other investors and team members of the new Company include Mr. Shi, Ruijjian and Ms. Xu, Hua.

Mr. Shi is a 23-year industry veteran in the Chinese breweries business, with extensive experience in the sales and marketing area. From 1997 to 2008, Mr. Shi served as regional Sales Manager, Sales Director, Vice President Sales, and Group Vice President at Xin Jiang Wusu Breweries Co. Ltd. During this time, Mr. Shi led the sales team to significantly expand the sales and distribution channel, which enabled the company to grow its revenue by fourteen times over eleven years.

Ms. Xu, Hua — Ms. Xu is a successful entrepreneur and founder of two highly successful high end restaurant and hotel chains in China. Ms. Xu founded the Jin Man Lou Group and the Sheng Chen Group in 1994, and grew the business from a couple of small restaurants in 1994 to a chain of over thirty high end restaurants and hotels across China, with several hundred million RMB in revenue, and over ten thousand employees.

“We are extremely pleased that FVI approached us to partner in their entry into China with North American style Craft beers, says Brian Harris, CEO. Over the past six months, we have been able to reach a very good comfort level with FVI Capital and believe the plan, the initial shareholders and experienced management team that have been assembled for market entry into China will be very successful. Over time, we believe that the revenues and relationships we derive from this agreement will add substantial shareholder value to our Company.”

Russell Breweries Inc. produces premium beers in Western Canada in breweries located in British Columbia and Manitoba. All products are held to the highest quality standards, brewed without any preservatives, ensuring that the passion that goes into crafting the beers comes through in the taste. Russell Breweries Inc. is a public company trading on the TSX Venture Exchange under the symbol “RB”.