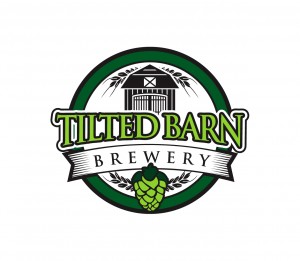 EXETER, R.I. — In 2007, Matt Richardson and Joel Littlefield founded Ocean State Hops, Rhode Island’s first commercial hop farm. As their mission statement declares, these home brewing brothers-in-law were fueled by a passion to cram as many hops into each batch of beer as humanly possible and supply other brewers looking to quench their thirst for hops.

Over the past six years Matt and Joel have succeeded, supplying hops to local homebrewers and breweries alike. Now Matt and his wife Kara will be expanding upon this success as they open Tilted Barn Brewery, Rhode Island’s first farm brewery.

Tilted Barn Brewery will be located in the historic barn on their farm in Exeter, Rhode Island, which has been in Kara’s family for over 50 years. The couple’s mission is to expand upon the success of Ocean State Hops and not only provide locally grown hops but also provide local, hand-crafted beer that is brewed with ingredients grown on the farm. The motivation behind Tilted Barn Brewery is to keep Kara’s family tradition of farming alive while adding their own modern twist for craft beer and the art of brewing. Visitors to the farm brewery will be able to tour the barn brewery, enjoy samples in the tasting room, and walk around the farm to see the ingredients that will go into each batch of beer.

Contributions will be used to
´éÀ Convert the first floor into the brewery space and second floor into a tasting room and
viewing area of the brewery.
´éÀ Make the necessary modifications to the infrastructure of the barn, such as heating,
plumbing, drains, etc.
´éÀ Construct the bar and purchase the necessary draft lines, refrigeration, etc.
´éÀ Build a temperature controlled fermentation and cold storage room.his campaign will receive all funds raised even if it does not reach its goal. Funding duration:
September 24, 2013 -November 23, 2013 (11:59pm PT).