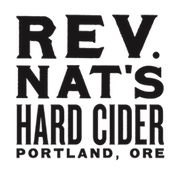 Portland, OR — Reverend Nat’s Hard Cider, the fastest growing cider company in Portland, Oregon, has appointed Steve Panos as Production Manager. In this capacity, Panos will oversee the entire production staff as the cidery continues through a rapid expansion. He will report directly to cidery founder Nat West.

A veteran of the brewing industry, Panos began his career at Otter Creek Brewery in Middlebury, Vermont. He brings over a decade’s worth of fermented beverage experience to Reverend Nat’s which also includes stints as brewer/head brewer for two Rock Bottom Brewery locations, and most recently, brewery manager at Pelican Brewing Company in Pacific City, Oregon. At Pelican, Panos oversaw and facilitated extensive growth in many areas of the company’s operations while maintaining the high quality upon which Pelican’s reputation was built.

“Reverend Nat’s is like a giant talent magnet.”, said West. “We got Mike [Gorman, former Columbia Distributing VP], and now Steve. I’m very excited that such great people are throwing their hat in to the cider ring with me.” Panos is equally as enthused. “I am excited to learn the gospel of everything cider from the Reverend himself.” His role as production manager begins on January 19, 2015.

At Reverend Nat’s Hard Cider, we search the world for superior ingredients to handcraft the most unusual ciders that no one else will make. Founder Nat West has been making cider at home since 2004 and opened Reverend Nat’s Hard Cider in September of 2011. With unique flagship products like the deeply complex yet subtly familiar Revival, dry-hopped Hallelujah Hopricot, and quinine-bittered Deliverance Ginger Tonic, we are making cider in the creative spirit of beer geeks. Learn more at revnats.com.