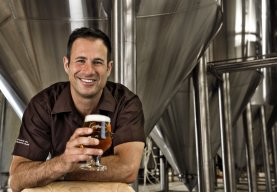 With the flurry of activity surrounding the craft beer industry these days, it can be difficult to stay abreast of the latest small brewery developments — at least without checking out your press clips. Here’s what the mainstream news media had to say about craft this week.

Dogfish Head — the country’s 13th largest craft brewery according to the Brewers Association — made headlines more than once this week. The Milton, DE-based brewery was evacuated on Wednesday after a 300-gallon container of nitric acid — which is commonly used as a cleaning agent — leaked, forcing the company to cancel the day’s previously scheduled public tours. Dogfish Head founder, Sam Calagione, told Brewbound.com that no employees or visitors were injured.

“I am especially grateful to our Safety Officer George Mackie and our Brewmaster Tim Hawn for their leadership yesterday as we navigated through this contained chemical spill,” he said. “We are back to business as usual.”

While Dogfish was fortunate enough to emerge from the accident unscathed, this incident does highlight the growing concerns of workplace safety amongst small but rapidly expanding craft brewers, a subject Reuters tackled in July. 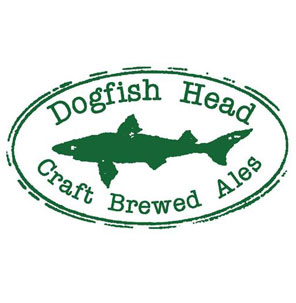 On a more positive note for Dogfish Head, a new law signed by DE Governor Jack Markell on Monday would allow the off-centered ale maker and other state licensed farm wineries, breweries and distilleries, to expand and either wholly own or partially own entities out-of-state.

“This puts us on equal footing, opportunity-wise, as breweries in most other states,” said Calagione.

But as the company nears an expansion that will allow it to produce upwards of 600,000 barrels of beer annually, Calagione said that “Dogfish has no plans, in the near future, to open another brewery in America.”

However, that doesn’t mean a fictionalized version of Calagione couldn’t. Fox Network recently purchased the rights for a prime-time family sitcom based on the lives of Sam and his wife Mariah Calagione. The show is still in the development stages and there’s no guarantee it will air, but if so, it would be the second time Calagione made his way onto America’s television screens. He previously starred in the 2010 documentary series, Brew Masters, which the Discovery Channel eventually pulled after just 6 episodes.

Just up the coast from Calagione, the Portland Press Herald is reporting that Shipyard Brewing founding partner and head brewer, Alan Pugsley, is departing the 19-year old company. Pugsley has reportedly agreed to sell back his 20 percent stake in the brewery to co-founder Fred Forsley and will remain the company’s master brewer on a consulting basis.

“I’ve always said that I never worked a day in my life, but it was getting to the point where I was working, spending all my time in front of a computer when I’d rather be on the brewery floor,” he told the paper.

If you needed more proof that capital infusion can help grow your business, look no further than Georgia’s Terrapin Beer Company, which is partially owned (25 percent) by MillerCoors through its craft division, Tenth and Blake. The partnership has helped to fuel capacity expansion, allowing the company to produce more beer.

Last month, Terrapin had its best month ever and produced 4,030 barrels of beer, company founder John Cochran wrote on his blog. At an annualized rate, the kind of production would put the company around 48,000 barrels produced this year — more than double last year’s production. Cochran’s favorite part about the growth?

“Personally, I’m still traveling, meeting new people, hanging out in bars and having fun,” he wrote. “Best of all, I’m getting paid now.”

Another craft brewery “getting paid,” is Minnesota’s Cold Spring Brewing. Long known for contract brewing production, the craft brewery has slowly been re-shaping its image and is now hoping to grow its proprietary craft brand, Third Street.

But its not turning its back on contract quite yet. In fact, MinnPost — a nonprofit media company based in Minneapolis — reports that one contract partner, 21st Amendment Brewery, forked over $3 million in production fees last year.

The online magazine recently featured Cold Spring in a lengthy enterprise story that details the manufacturer’s history as both a non-alcoholic bottling company and beer producer.

Check it out. It’s worth a read.