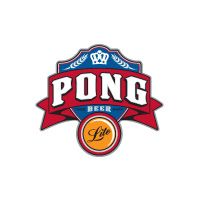 WESTPORT, CT – PONG BEER USAÔäó is proud to announce the addition of Norm Latham as Vice President/Director of Sales, as the Company looks to solidify and expand its presence in the marketplace. Norm’s experience in the beer industry includes distributor sales and management. Norm was previously a Sales Director at Scottish and Newcastle Importers, and most recently held the position of Regional Director/General Manager at The Pabst Brewing Co.

“Norms 25 years of experience will help guide our wholesaler partners to increase sales in the off and on premise segments. He will be hitting the road to see many of our current and future distributors and is a valuable addition to the Pong Beer Company” said Neal Frank, President of the Pong Beer Company.

Pong Beer is currently being distributed in Connecticut, New Jersey, New York, Pennsylvania, Ohio, Kentucky, Arkansas, West Virginia, Tennessee, Indiana, Maryland and will be available in most national chains, liquor stores and supermarkets throughout the U.S by 2013. The brand is being sold at $16.99 – $19.99 and is available in a 30 rack pack that includes 2 pong balls and 6 packs, all with 12oz cans.

Neal Frank also commented, “PONG is in demand with strong brand awareness, a personality and a large brand following and will be one of the top 5 selling light beers in the United States”

Mr. Latham resides in New Jersey with his wife and children

For more information about Pong Beer visit www.beerpongusa.com and www.facebook.com/pongbeer.