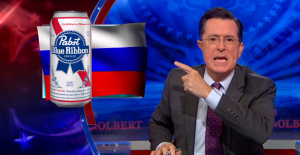 In September, it was widely reported that Russia’s Oasis Beverage was teaming up with TSG Consumer Partners, a New York-based private equity firm, and beverage entrepreneur Eugene Kashper to buy the Pabst brand from C. Dean Metropoulos for upwards of $750 million.

It appears now, however, that Oasis is not involved in the deal. NYTimes DealBook is reporting that Kashper, along with TSG, formed a new company at the time of the deal — Blue Ribbon Intermediate Holdings — that completed the purchase of Pabst last week. Oasis was, reportedly, never a part of the buying group.

So how did so many reputable outlets, including The Wall Street Journal, The New York Times and CNN get the news wrong? Maybe it was a BusinessWire release announcing the deal specifically stated that Oasis had agreed to purchase the brand.

Or maybe it was all the dust that the release kicked up: it quickly led to headlines from a mob of media outlets, many of which seemed to be casting the news as some kind of evil takeover plot engineered by Vladmir Putin himself.

NBC Nightly News anchor Brian Williams described the announcement as a “bombshell,” saying, “PBR is going to the former U.S.S.R.”

“Pabst is America, that’s why when I heard this news I exploded like a can of PBR in the glove box,” he said during one episode.

Colbert wasn’t the only one upset about the news. One Seattle restaurant owner who had been serving Pabst products for 25 years emptied nearly $800 worth of PBR in the gutter after hearing the news.

“I just don’t want to pad Putin’s pockets,” he told KIRO Radio. “My guess is that for every beer we sell, a penny would end up in Vlad’s pocket.” 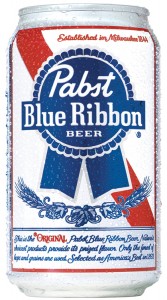 Much of vitriol surrounding the sale was spurred by the barrage of coverage indicating that a Russian had somehow snuck in and stolen an American icon without anyone noticing.

Actually, Kashper — the man behind the acquisition — is a Russian-born American citizen who moved to the U.S. at the age of six. The 45-year-old began his career in beer 20 years ago, when he worked for the Stroh Brewery in Detroit.

Still, all of the media reports surfaced despite Oasis Beverages not actually being involved in the final purchase agreement. Nevertheless, at the time the news originally broke, CNN Money was somehow able to obtain a comment from an Oasis employee.

“There are definitely NO plans to change any of the recipes of the brands,” the Oasis spokesperson wrote to CNN Money in an email.

According to the New York Times, Kashper — who is also the chairman of Oasis Beverages — had been discussing a distribution arrangement for the Pabst brands in Russia, with Oasis. Those talks reportedly also included Oasis taking a minority, non-voting stake in company.

Talks eventually broke down because of “market conditions”, according to the New York Times.

Nonetheless, questions about the deal remain. What went wrong? Was the press release accurate or was it sent out in error? Was Oasis ever actually involved in the acquisition process? Had the company suddenly back out? If so, what caused them to back out?

At this point, it’s not exactly clear why the original BusinessWire release indicated that Oasis was involved in the transaction and a TSG spokesman could not immediately be reached for comment.

Oasis, which was founded by a group of beverage industry entrepreneurs in 2008, is the leading independent brewer in Russia and is also the exclusive importer for Heineken in Ukraine and Kazakhstan. In addition to importing a variety of international beer brands, the company also produces a handful of beer, soft drinks and juice products under contract.