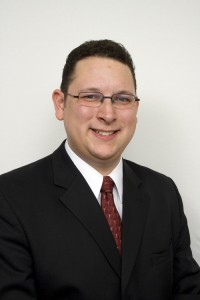 Ohio legislators are making a last minute push behind a bill that, if passed, would nearly double the legal ABV limit for beer sold in the state, according to WCPO Cincinnati.

As written, House Bill 391 would allow for the sale of beer that clocks in at 21 percent ABV in the state, up from the currently imposed cap of 12 percent.

The bill, however, must pass through the General Assembly by the end of the week or face being taken off the table until next legislative session. Considering the bill requires another hearing in the House before it can be passed along to the Senate, at least one lawmaker doesn’t believe there’s enough time to get it passed this time around.

Proponents of the bill, which has 20 co-sponsors from both parties, have described it as an economic development spark, as brewers in Ohio would no longer be forced to take their more alcoholic beers outside of state lines for sale. Though the bill would immediately allow for brewers in the state to start selling higher-ABV offerings, manufacturers from outside of Ohio could market theirs in the state a year later.

“Many of us believe it’s a way to promote economic development and business in our district,” Rep. Denise Driehaus (R-Cincinnati), told the news outlet. “What’s happening right now with some of these breweries, the beer can go over the limit by accident and because of our laws they aren’t allowed to sell it. That forces them to sell the beer in other states instead of our own.”

If the bill doesn’t make it through on its own, it could potentially be included as a rider to another bill that WCPO reports is “likely to get passed.” When reached by Brewbound, a spokeswoman with the state’s House was unable to specify which bill it could be added to.

Rep. Dan Ramos (D-Lorain), who first introduced the bill, has also said the state’s laws played a factor in Stone Brewing’s ultimate decision to skip over the state when it was searching for a place to build an east coast facility. While Stone decided to build in Richmond, Va., Ohio was the company’s second choice.