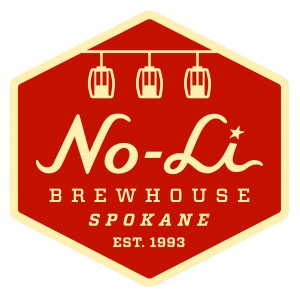 According to the Inland NW Tourism Awards website (http://inlandnwtourismawards.com/award_categories/), the Spirit of the Inland Northwest award “recognizes an outstanding business, organization, community or outdoor recreation area that provides excellent service, showcases the ecological, cultural or historic assets of the region, exemplifies innovation and causes our region to shine.”

No-Li has pioneered “Spokane Style” beers – beers made in Spokane, by Spokane residents, using ingredients sourced from within 300 miles of Spokane — and has helped drive forward the local craft beer scene.

“All of our bottled beers say ‘Spokane’ down the side of them. We do that intentionally to call out where we’re from. We’re proud to be from Spokane, and we want the world to know that craft beer from Spokane has arrived and is here to stay!” says Marketing Manager, Brittany Dern.

No-Li’s restaurant features locally sourced ingredients, a “backyard” patio along the Spokane River, and a recently restored 1974 Expo gondola, borrowed from Spokane’s Parks & Recreation Department, in preparation for the 40th Anniversary of the World’s Fair in Spokane.

“People who come to our restaurant expect to feel submerged in the Northwest culture, and that’s what they get — for just a short while, you might forget you’re minutes away from the hustle and bustle of Spokane, and feel like you’ve escaped to a mountain lodge. It’s a great dynamic,” says Curtis Jones, Restaurant General Manager.

No-Li will celebrate the end of American Craft Beer Week at their “No-Li Got Tapped!” event this Saturday, May 17th, 12-4pm. The event, on No-Li’s patio, will feature eight local breweries from around the Inland Northwest, and live music from Wyatt Wood. There is no entry fee; beers are sold by the pint. For more information about the event: http://bit.ly/nolitap.