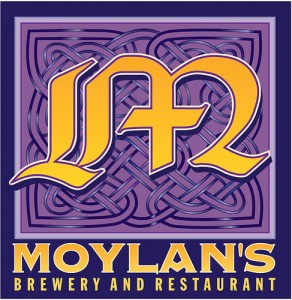 The Going, Going, Gone Saison comes in at 5.6% ABV and is made with Belgian Saison Yeast and Australian Summer hops. This brew has a distinct dry finish, which is perfectly counterbalanced by the sweetness of Caravienne malts.

Incoming Brewmaster, Derek Smith, is excited for his first beer release at the well-known Bay Area brewery, commenting, “I am very proud of our Going, Going, Gone Saison. The Cardamom spice we used gives the beer a slight licorice/anise like note, as the grains of paradise enhance the spicy notes derived from fermentation. It makes for an aromatic and well-rounded beer. I am excited to debut it at Moylan’s.”

Founded in 1995, Moylan’s Brewery is a premiere craft brewery and restaurant located in the heart of Novato, California. Moylan’s has won global recognition for outstanding artisan beers including multiple medals from: The Great American Beer Festival, The California State Fair and The World Beer Cup. To learn more about Moylan’s award-winning family of beers and our passion for outstanding craft brewing, visit the Moylan’s Brewery website.