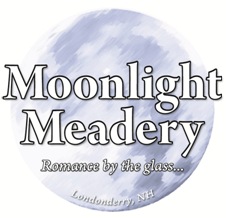 The growing business has expanded with astounding speed, going from a small-town operation using only locally sourced honey to a major national player whose demand for honey outpaces the entire production of the state of New Hampshire.

“When I started making mead, I committed to using exceptional, sustainably produced honeys, and we remain steadfast to that practice — but today, our demand is such that we source honey from across the country,” says Fairbrother, who has seen his business grow by a dizzying 71% year-over-year. “We’re thrilled to bring our meads to a wider audience, and we believe that mead, distinct from beer or wine, will become one of the country’s go-to beverages, both for pairing with a great meal or simply enjoying on its own.”

Mead is a diverse fermented beverage that can be produced in several variations. Moonlight’s portfolio of meads includes representatives of all four types, including:

Fairbrother, who volunteered to manage a few home brew competitions for Sam Adams over the years maintains a mutually beneficial working relationship the brewery, and uses Sam Adams Utopian barrels for several of his barrel-aged meads. He has been brewing meads for more than 18 years, and holds three consecutive titles of “Mead Maker of the Year” from the New England Regional Homebrew Competition. He is also a four-time president of “Brew Free of Die,” the largest homebrew club in New England, and a certified beer judge. He is a frequent “Best of Show” judge at national and international mead-making competitions and a lifetime member of the American Homebrewers Association.

“I didn’t set out to become a brewer; after college, I spent time as a VP of software engineering and as the chief operating officer of a corporation, but that work didn’t move me or excite me,” he explains. “I started brewing mead as a hobby, and it didn’t take me long to realize that this was my passion. I’m grateful every day for the opportunity to share what I love with others, and working to bring my meads to a larger audience is a thrilling new development.”

Their meads have been featured on NHPR and in Yankee magazine, who wrote that “ÔÇªmany first-time [mead] tasters are surprised, in a good way” by Fairbrother’s exceptional products, which run the gamut from dry to semi-sweet to sweet and appeal to a wide variety of drinkers.

For more information, including where to shop for Moonlight Meads and flavor profiles of all their award-winning beverages, please visit www.moonlightmeadery.com. Drinkers are also encouraged to visit the meadery, where tours and tastings expose them to the world of mead-brewing and showcase meads alongside fine cheeses, one of the drink’s most natural and delicious pairings.