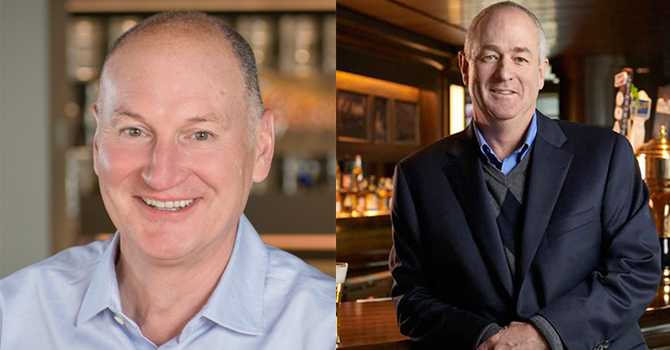 Molson Coors today announced that CEO Mark Hunter will retire effective September 27, according to a press release issued prior to its second quarter earnings call.

Hunter, who has served as Molson Coors president and CEO since 2015, told the company’s board of directors that he is retiring to spend more time with his family after a three-decade career in the beer business, according to a press release.

“It’s been a great privilege to serve as Molson Coors President and CEO, but I am also very much looking forward to the next chapter, which will be highlighted by spending more time with my wife, Fiona, and our two children back in the UK,” Hunter, 56, said in the release.

“We respect Mark’s wishes and thank him for the significant impact he has made at our company,” Molson said. “He’s led the company through a period of tremendous transformational change and has successfully helped more than double the size of our company.

Hunter is credited with playing “a key role” in the merger of Molson and Coors in 2005, the integration of MillerCoors into Molson Coors in 2016 after acquiring a 58 percent stake in the company from SABMiller, and the company’s international M&A.

Hattersley, 56, has led MillerCoors for the last four years, previously serving as its CFO.

Molson, in the release, called Hattersley “a skilled leader who understands what is required to drive shareholder value and build” its portfolio.

“[H]e will be a terrific leader of the overall business,” Hunter added.

Through the first half of 2019, Molson Coors’ revenue is down 3 percent, to nearly $5.3 billion. In early trading, Molson Coors stock (TAP) is down more than 8 percent, trading around $52.

A press release with additional details is included below.

“After a 36-year career with the last 30 years in the beer business Mark Hunter indicated his desire to retire from his position as Molson Coors President and CEO in order to spend more time with his wife Fiona and two children,” said Andrew Molson, chairman of the Molson Coors Board. “Leadership changes are planned for at the Board level and this is part of our succession planning process at work. We respect Mark’s wishes and thank him for the significant impact he has made at our company. He’s led the company through a period of tremendous transformational change and has successfully helped more than double the size of our company. We are also delighted to name Gavin Hattersley as Mark’s replacement and the next CEO for Molson Coors. Gavin has led the US business for the past four years after serving as the Molson Coors CFO for the three years before that. He’s a skilled leader who understands what is required to drive shareholder value and build our portfolio of leading brands.”

“It’s been the joy of a lifetime to work on these great brands with so many inspirational colleagues for all of these years at Molson Coors,” said Mark Hunter. “It’s been a great privilege to serve as Molson Coors President and CEO but I am also very much looking forward to the next chapter which will be highlighted by spending more time with my wife Fiona and our two children back in the UK. I will forever remain a brand ambassador and advocate for this business and will be there to support Gavin every step of the way. I have worked very closely alongside Gavin for many years and know the sharpness of his intellect, the intensity of his passion for the company and quality of his character and he will be a terrific leader of the overall business.”

Gavin Hattersley, 56, has served as President and Chief Executive Officer of MillerCoors, the US business unit, since September 2015. He was the interim Chief Executive Officer of MillerCoors from July 2015. Mr. Hattersley served as Chief Financial Officer of the Company from June 2012 to September 2015. From July 2008 to June 2012, Mr. Hattersley served as Executive Vice President and Chief Financial Officer of MillerCoors. He also served as Senior Vice President, Finance for Miller Brewing Company from October 2002 to July 2008. He came to Miller Brewing Company from SAB Limited of Johannesburg, South Africa, where he held several financial management positions before becoming Chief Financial Officer in 1999. Mr. Hattersley holds an Honors’ degree in accounting science and a bachelor’s degree from the University of South Africa.

“I am privileged and honored to lead the company and succeed Mark in this role. Mark has been a great leader, friend, mentor and boss and has led this company through some dramatic change and I will be forever in his debt,” said Hattersley. “I care deeply about our company, our brands and our people. My commitment is to work hard, to be an empathetic leader and, above all, do whatever is necessary to maximize the potential of our business in order to restore shareholder value.”

“The Molson and Coors families have been in the beer business for generations and we take great pride in the quality of our beers, the strength of our brands, the contributions of our employees and our commitment to our communities,” said Pete Coors, vice chairman of Molson Coors. “Mark has been a trusted advisor, a great friend and an impactful leader. Everyone in the Molson and Coors families greatly appreciates his contribution to our business over the past 30 years. At the same time, we are excited to welcome Gavin into the CEO spot and I, along with the rest of the Board, look forward to working alongside him to support him every step of the way.”

In a separate release issued today, the company announced its second quarter 2019 results.

The company is not only committed to brewing extraordinary beers, but also running a business focused on respect for its employees, communities and drinkers, which means focusing on sustainability and accountability from the start. Molson Coors is committed to leaving a positive imprint on our consumers, employees, communities and the environment as reflected in Our Beer Print and our 2025 sustainability targets. To learn more about Molson Coors Brewing Company, visit molsoncoors.com, ourbeerprint.com or on Twitter through @MolsonCoors.

Molson Coors Canada Inc. (MCCI) is a subsidiary of Molson Coors Brewing Company. MCCI Class A and Class B exchangeable shares offer substantially the same economic and voting rights as the respective classes of common shares of MCBC, as described in MCBC’s annual proxy statement and Form 10-K filings with the U.S. Securities and Exchange Commission. The trustee holder of the special Class A voting stock and the special Class B voting stock has the right to cast a number of votes equal to the number of then outstanding Class A exchangeable shares and Class B exchangeable shares, respectively.