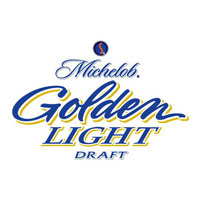 Kaufman is one of the most successful riders in snocross today, having appeared on the winners’ podium 15 times in his career. His best season came in 2008-09, when he appeared on the podium five times and finished second in Pro Stock points and fourth in Pro Open points. He also had a strong 2010-11 season, when he placed fourth in Pro Stock points and sixth in Pro Open points.

The ISOC season starts on Friday, November 23, in Duluth, Minn., and Kaufman will be there with the Michelob Golden Light Draft logo on his #48 sled. “It’s no secret that to be successful in racing, you have to have great sponsors,” said Kaufman, “and all of us at Christian Brothers Racing believe we’re going to have a great partnership with Michelob Golden Light Draft. The season is off to a great start already.”

“For many adults, snocross is the best thing about winter,” said Ryan Moore, vice president, premium lights. “We’re excited that Michelob Golden Light Draft will be a part of the action this season. Garth is one of the best riders on one of the best teams in snowmobiling, and we’re really looking forward to a great season together.”