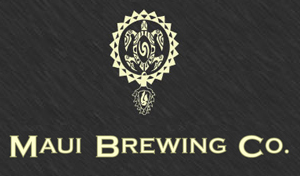 A public release party will be held at the Maui Brewing Co. tasting room in Kihei on Friday, January 2nd from 6pm-10pm. Lorenzini Double IPA will be available in 4-pack cans and draft in all markets where Maui Brewing Co. craft beer can be found. A portion of the proceeds will be donated to the Shark Research Program at the Hawaii Institute of Marine Biology to aid in funding shark research. This team uses satellite and acoustic tags to monitor the movements and behavior of tiger sharks as they overlap with human use of coastal waters.

“I’ve always loved the ocean and sharks. This project was a great way to help support local shark research and to show the importance of protecting these amazing animals…and I’m really enjoying this beer too.” stated Garrett Marrero, Maui Brewing Co. Founder.

“We’re really excited about the Lorenzini Double IPA and the generous contribution that MBC is making to our research program. This beer will help us expand our tagging and public outreach efforts as we begin to understand the movement behavior and habitat use of Hawaiian tiger sharks,” stated Melanie Hutchinson, Ph.D., HIMB shark researcher. “This is a great example of a local company supporting local research, and I’m excited to drink the beer,” adds Kim Holland, Ph.D., HIMB Director.

MBC is a fiercely local company and has remained steadfast regarding local production. With the motto “Handcrafted Ales & Lagers Brewed with Aloha”, Maui Brewing Co. maintains respect for the environment, the community and its people, as we strive for enjoyment in life with every high-quality craft beer brewed.  Our beers have been recognized worldwide for quality and innovation.