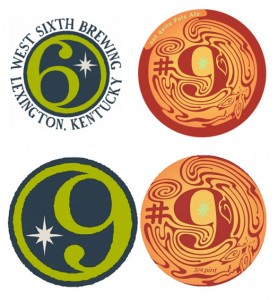 Jimi Hendrix sang “If a six, turned out to be a nine, I don’t mind.”

And while it’s easy to imagine a brewer at hippie-dippy Magic Hat blasting Hendrix’ 1967 psychedelic rock classic “If 6 was 9” while mashing in, apparently the executives at North American Breweries (NAB) — which owns the Magic Hat, Pyramid and MacTarnahan’s craft brands and was sold to Cerveceria Costa Rica, S.A. for $388 million last year — don’t follow Hendrix’s laissez-faire approach, at least when it comes to trademark law.

On May 16, Magic Hat filed a lawsuit against Lexington, Ky-based West Sixth Brewing Company, in the United States District Court in Lexington Kentucky, alleging that trademark infringement concerning designs and trade dress associated with the Magic Hat #9 brand. The logos of the two brands are “confusingly similar,” according to the Magic Hat filing.

The lawsuit came after eight months of written correspondence — dating back as far as Sept. 26, 2012 — between the two involved parties. After multiple letters between West Sixth and Magic Hat were exchanged and negotiations began to evolve, communication suddenly broke down on Feb. 27. Ryan Daley, a brand manager for Magic Hat, told Brewbound.com that at that time, the company made a decision to move forward with a formal lawsuit.

After the lawsuit was filed, West Sixth took to its blog with a cry for consumer help, asking fans to sign a petition and “stop corporate bullying.” The company registered the domain www.nomoremagichat.com and gave its side of the story, one that Magic Hat called a ‘smear campaign’ in a follow-up press statement. That’s when social media backlash from craft consumers and brand loyalists ensued.

But beyond all the he-said/she-said drama, there are some key concerns for all craft brewers, chief among them the increasing difficulty of creatively branding and trademarking beer companies and product offerings. With 684 new breweries launching in the last two years alone, craft brewers may be starting to run out of options.

“The more players you have working in a small pool, the more crowded that pool gets,” said Alan Newman, the original founder of Magic Hat and current Alchemy & Science chief.

Newman said that during his time with Magic Hat — he departed after the company was sold to NAB in 2010 — he defended the trademark on the #9 brand at least once per year. But his approach back then was a bit more laid back.

“In 40 years of business, I’ve never litigated anything,” he said. “I’ve always focused on how to work it out. I have tried to keep lawyers out as best as possible but that means you have to find a middle ground you can both live with. Luckily, I have always been able to find ways of working out equitable solutions.”

That’s not to say Newman doesn’t have respect for intellectual property law.

“It is part of being in the beer business today.” He said. “If you believe your marks have value, you need to protect them.”

“Increasingly, as companies are becoming more grown up in the craft world, they need to protect the things they have invested in and trademarks are one of those,” he said.

Thorpe went through a trademark battle of his own last year when Jacksonville’s Intuition Ale Works attempted to name its golden ale “Duuuvaaal.”