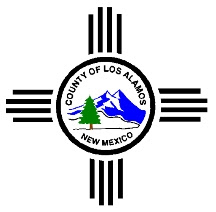 LOS ALAMOS, NM—Los Alamos, New Mexico will soon be among only a handful of cities in the country to open the first cooperative craft brewery, and is brewing up several rich and tasty incentives to attract 300 new member/owners and investors to make that happen. Without more capital, the brewery will have to delay opening.

The Los Alamos Beer Co-op (LABC) estimates that the future brewery will open its new location early in 2015. With 300 more memberships in the next few months, the Co-op hopes to hire a professional brewer and eventually produce four varieties of beer, along with root beer and cider.

A co-op brewery is different from traditional breweries in that members own part of the business. Therefore, each member has the power to vote on how the business should be run, what types of beers should be offered, and other decisions which independently-owned craft breweries don’t allow anyone other than the owners to make. Unlike traditional breweries, any revenue has to be reinvested or returned to the members/owners.

There are currently only three co-op breweries in the country and the idea is fast becoming the preferred business model for startup breweries who are tapping their communities for the funds and sweat equity it takes to get the brewery off the ground.

The LABC has brewed up several incentives to encourage new member/ownership, and is offering six ways to invest ranging from a $50 annual membership to a $25,000 Angel Share investor (who will have the chance to work with the brewmaster to create their own recipe.) All members will receive a free pint glass and token for a free beer, and existing members who recruit new people will receive a beer token per recruit. The current member loan offering expires in January 2015.

Besides being the newest place to wet one’s whistle, the LABC expects the new brewery to boost Los Alamos’ economy.

“Breweries have been shown to be great for the local economy — they provide well-paying jobs and a place for community cohesiveness where families, friends and visitors can listen to live music and enjoy handcrafted brews,” said LABC board member/owner, Amy Engle. “Los Alamos has so much going for it from an outdoor perspective — the best trail runs, skiing, and cycling competitions — so a brewery is the one thing missing, and it’s key for the city.”

The future site of the brewery is located at a former bar and grille in Los Alamos that has been completely gutted, except for the original fireplace. The LABC chose not to construct a new facility, but instead, to make use of the pre-existing space in the center of town, in the interest of sustainability. Plans for the space include an outdoor patio, and movies outdoors in the summer.

For more information or to become a member/owner or investor with the LABC, visit losalamosbeercoop.com or email info(at)losalamosbeer(dot)com.