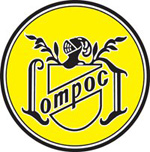 PORTLAND, OR – The brewers at Lompoc Brewing have been as busy as elves preparing for the holiday season; this year, the Portland brewery has created 10 different holiday beers. The Lompoc Holiday Beer Extravaganza will feature nine of these on Tuesday, Nov. 29 from 4 to 10 pm at the Lompoc Sidebar, located at 3901 N Williams Ave. The tenth, a Chanukah beer, will be released at its own party at Sidebar on December 14.

All beers except 8 Malty Nights will be on draft at Sidebar on November 29; most of the beers will also be available at the other Lompoc pubs: New Old Lompoc, Hedge House, Oaks Bottom and Fifth Quadrant. Two of the beers, C-sons Greetings and Bourbon Barrel Aged Old Tavern Rat, are also available in 22 ounce bottles.

Portland’s first and only Chanukah seasonal, 8 Malty Nights Chocolate Rye, will be released at its own party at Sidebar on December 14 from 4 to 10 pm. This will be followed by an event on December 17 at Green Dragon, 928 SE 9th Ave, titled “Chanukah vs. Christmas: The Battle Royale of Beers.” This event will pit five beers from Shmaltz Brewing (Jewbelation 15, Genesis 15:15, Hop Manna, Vertical Jewbelation and Geektoberfest) against five beers from Lompoc Brewing (8 Malty Nights, 2010 Franc’ly Brewdolph, Cherry Christmas, Old Tavern Rat Barley Wine and Bourbon Barrel Aged C-sons Greetings). There will also be an Extreme Dreidel Tournament.