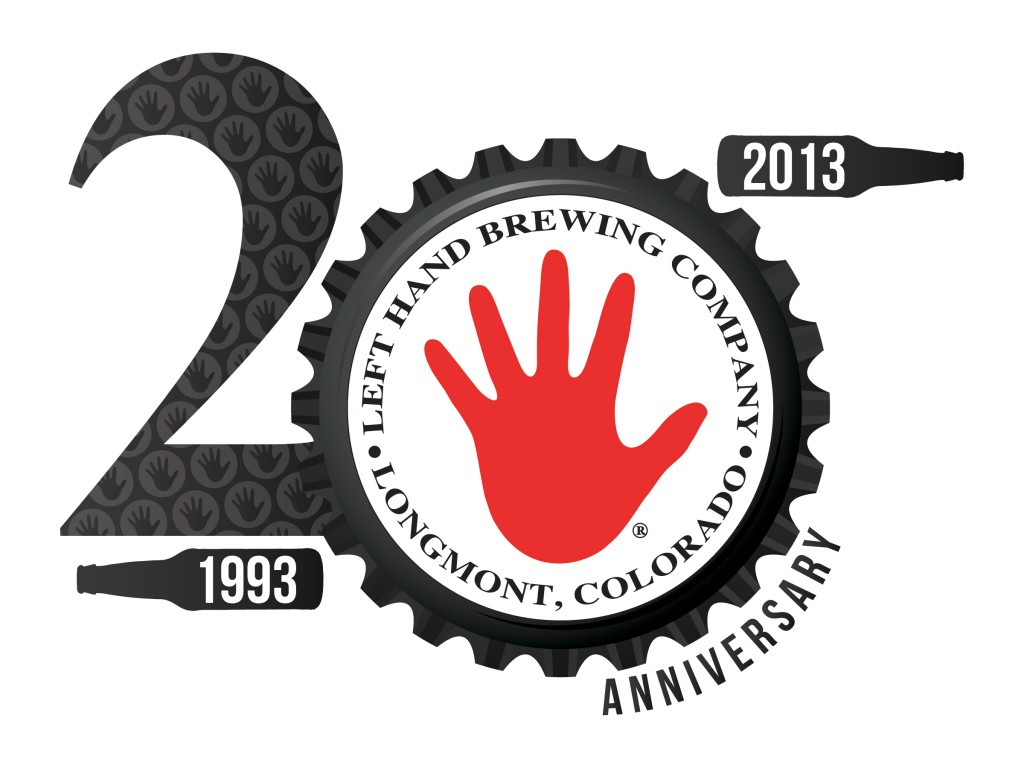 LONGMONT, Colo. — Twenty years – that’s a lot of beer! This fall, join Left Hand Brewing Company in celebrating their 20th year of business and countless pints along the way! Since 1993, the Longmont brewery has achieved an awarding winning portfolio of balanced, innovative beers from classic Polestar Pilsner to groundbreaking Milk Stout Nitro.

The early days of Left Hand began in the fall of 1993, when craft beer enthusiasts and active homebrewers Eric Wallace and Dick Doore were ready to start a brewery of their own. “When I saw a bunch of little breweries opening upon returning to the US in 1993, I was sure that people were going to respond enthusiastically”, reflects Eric Wallace. “Starting Left Hand Brewing was our way to try to create something (great beer), to become a contributing member of our new home town community and to put food (and beer) on the table doing it.” Officially incorporated on September 21st, 1993, the two former Air Force officers hit the ground running. By January 1994, Left Hand Brewing Company was officially open at its Boston Avenue facility in Longmont Colorado, packaging growlers of their first beer, Sawtooth Ale.

Twenty years later, although much has grown and changed, Left Hand remains what it always has been — a community minded organization, driven by quality & integrity, striving to continually improve. Still in operation at their original location on Boston Ave, the Left Hand footprint has now grown from 2 to 7.5 acres. Left Hand co-founders Eric & Dick are now joined by 84 team members, successfully achieving an employee majority-owned brewery. Left Hand has grown from 1418 barrels in its first year to finishing 2012 at 49,549 barrels and ranking #43 on the list of the top 50 U.S. craft breweries. Beyond the beer industry, Left Hand continues to play an active role in the community, hosting esteemed local events and contributing hundreds of thousands of dollars annually to charity.

– Left Hand Brewing Company is named after local Arapahoe Chief Niwot, who wintered with his tribe in the Boulder Valley.

– Prior to becoming Left Hand, the property at 1265 Boston Avenue belonged to the Green Sausage Factory. RIP piggies.

– Sawtooth Ale, Left Hand’s original flagship is still going strong as one of the brewery’s most popular beers, second only to Milk Stout.

– The Left Hand logo was developed in part on a failed effort to shrink the original Navajo design onto a bottle cap. The switch was made to a more legible, basic hand trace and the rest is history.

– Milk Stout Nitro is the first nitrogenated American craft beer to be successfully bottled without a widget!

– Cinzia Wallace has been active behind the bar since day one! Cinzia has served as Tasting Room manager since 2006.

Celebrating twenty years of brewing a well-balanced portfolio of craft beers, Left Hand Brewing Company is located at 1265 Boston Avenue in Longmont, Colorado. The brewery has received 18 medals at the Great American Beer Festival and 8 medals at the World Beer Cup, and its beers are now available in 27 states. “Sometimes you’re not in the mood for what everyone else is having.”