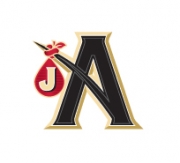 The World’s Largest Ice Luge will stand at least 25-feet high (surpassing the current record holder by two feet), span four feet wide and weigh 25,000 pounds. The structure will take an estimated 600 man hours to complete from start-to-finish, with a 16-foot replica bottle of Johnny Appleseed Hard Cider sitting atop an 8-foot platform.

“Johnny Appleseed is literally taking the summer party season to new heights. The recipe is simple: serve on the rocks and enjoy,” said Eli Aguilera, Marketing Director of High-End Brands at Anheuser-Busch. “We already know that Boston knows how to throw a party, so there is no doubt that the Seaport District is the perfect spot to host the history-making World’s Largest Luge.”

Thirsty to take part in the adventure? Plan ahead for a long weekend and visit the record-setting ice luge in the heart of Boston’s Seaport District on Thursday, June 19, for a promotional event that evening beginning at 7 p.m. Adults 21 and older interested in attending may RSVP for the event by visiting http://events.thrillist.com/johnnyappleseed. Guests will be granted exclusive access to the World’s Largest Ice Luge and an intimate concert with a major music act to be announced in the coming days.

When the World’s Largest Ice Luge melts, the up to 1,800 gallons of water used to construct the luge will be donated to the Johnny Appleseed Trail Association to water the trees and flowers along the trail.

In development since 2011, Johnny Appleseed Hard Apple arrives at the perfect time for the fast-growing cider category. With an ABV of 5.5%, Johnny Appleseed is a refreshing hard apple cider best enjoyed on the rocks in a highball glass to bring out the full, crisp apple taste. Crafted in Baldwinsville, New York, it is made with apple juice sourced from apples in the U.S. and fine orchards around the globe, as well as cider yeast and other natural ingredients.

Johnny Appleseed Hard Apple Cider is available nationwide in 12-ounce glass bottles with a twist-off cap in six-packs and 12-packs, and sold individually in 16oz. and 25oz. cans. Draught distribution will be available starting this summer.

For more information on Johnny Appleseed Hard Cider, visit www.JAppleseed.com or facebook.com/AppleseedCider (must be 21 years of age).

About Johnny Appleseed Hard Apple Cider ÔÇ¿Johnny Appleseed is a refreshingly sweet and intense hard apple cider inspired by its explorer namesake and crafted to complement life’s adventures. Produced in Baldwinsville, New York, it is made with apple juice sourced from apples in the U.S. and fine orchards around the globe, as well as cider yeast and other natural ingredients. For more information, visit www.JAppleseed.com.