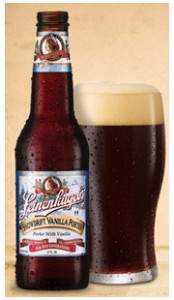 “With a medium body and creamy texture, Snowdrift Vanilla Porter is a unique beer that adds flavor and warmth to holiday gatherings with family and friends,” said Jake Leinenkugel, fifth generation brewer and president of the Jacob Leinenkugel Brewing Company. “This porter is hearty enough to warm you up with a hint of vanilla, which makes it a great complement to a wide range of seasonal meals.”

Snowdrift Vanilla Porter is available nationally on draft and at retail in six-packs and 12-packs. The beer’s alcohol by volume is 6 percent.