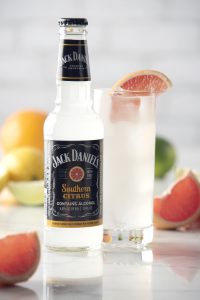 JDCC Southern Citrus is a blend of grapefruit and citrus flavors, featuring light and crisp citrus aromas, complimented by soft hints of Jack Daniel’s Tennessee Whiskey. It will be sold in retail and convenience stores nationwide as a six-pack of 10 oz. bottles for a suggested retail price of $7.99 per 6-pack.