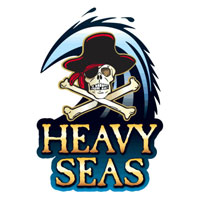 BALTIMORE, MD — Breweries based in Baltimore City and County will soon work together to produce a beer for Baltimore Beer Week 2014. On Friday, September 12th at 10:00 am, brewers from Heavy Seas Beer, DuClaw Brewing Company, Union Craft Brewing, Red Brick Station, The Brewer’s Art, and Oliver Breweries will work together at Union to brew a German style “fest-bier” using locally grown American hops.

A portion of the proceeds from the collaboration beer, to be named Stoop Sitter, will benefit the Jake’s Law charity. This non-profit is working towards raising awareness about the dangers of all handheld cell phone use while driving. For more information about Jake’s Law, please visit: http://changeforjake.org

Stay tuned for more details on when and where Stoop Sitter will be released during Baltimore Beer Week this October!