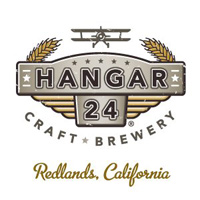 REDLANDS, CA – Hangar 24 Craft Brewery, one of the top 100 craft brewers in the country, has expanded its California footprint to now include Northern Los Angeles and Ventura Counties and its famed Central Coast. Previously only available in Southern California, the nearly five year-old craft brewery offers 30 different styles of beer across seven categories.

“Hangar 24 continues to grow and we are excited to see people resonate with the brand,” said Founder and Master Brewer Ben Cook. “I am incredibly proud of the hard work that our team has contributed over the past five years, including our brewery staff, sales team and distributors. We’ve all worked together to get us where we are today.”

Hangar 24’s current craft beer offerings are categorized by style in groups including, but not limited to: