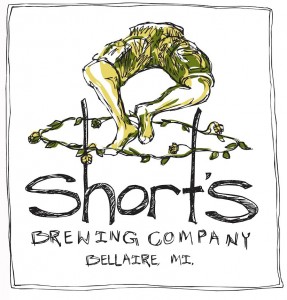 Sam Calagione is a best selling author with his book Brewing Up a Business and he starred in five episodes of the reality TV show “Brew Masters” on the Discovery Channel. Joe Short and Sam Calagione have had a long history where Calagione served as a mentor to Short through Short’s Brewing Company’s early years and the relationship remains strong today. The two collaborated on a beer along with Three Floyds Brewery from Hammond (IN) that they called “Cornholio.” For this collaboration, all three breweries brought brewing ingredients that represented their respective states.

Matt Gallagher is the head brewer of the very successful Half Acre Brewery in Chicago (IL). Joe Short met Gallagher on a tour of Half Acre Brewery and found that, like Short’s, Half Acre had an extreme fondness of the band Ween. The two breweries decided to collaborate on two Ween-inspired beers, Freedom of ‘78 and Captain Fantasy. The eighth podcast episode entitled “Collaboration Across the Nation” uses both stories to go into detail of how brewery collaborations are created and the relationships that are built in the process.

Since the release of Short’s Cast in January, it has been the #1 New and Noteworthy Food podcast in the country on iTunes for seven weeks and in the Top 5 of the Arts category. The podcast is produced by Mike Moran, founder of Quarter After Productions L.L.C, and developed with the Short’s Brewing Company public relations team of Matt Gacioch and Pauline Knighton. Short’s Cast tells the stories behind the people and beer of Short’s Brewing Company and is listened to by beer enthusiasts all over the world. It showcases stories from Joe Short and his staff, features music from artists who perform at the Short’s Brewpub in Bellaire (MI) and educates their fans on Michigan craft beer culture. Listeners and customers are able to ask questions and interact with the staff in a radio show style format. For more information on Short’s Cast, go towww.shortsbrewing.com or email shortscast@shortsbrewing.com.