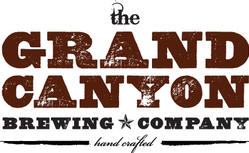 Williams, AZ—With plans for continued growth, expansion and improved quality control, the Grand Canyon Brewing Company has hired another new brewer, Steve D’Eve. Armed with a solid history in the food and beverage industry, Steve’s experience as a chef, brewer, and industry consultant will be put to good use as he focuses on developing a specialty and small batch series at the Grand Canyon Brewing Company.

Steve’s experience includes experience as a chef, a specialty wine and craft beer buyer; a beverage manager focused on craft beer and helped to launch Tired Hands Brewing Company just outside of Philadelphia. Steve has had extensive training in barrel-aged techniques. He will work closely with the other brewers to focus on the development and expansion of flavor profiles that capture the Grand Canyon State of Mind.

“Steve will be a great addition to our team as we move forward with our specialty series. He’ll be helping us to develop new recipes, styles and flavor profiles,” said Alexander Phillips, director of sales and brand ambassador.

Earlier this year, the GCB announced expansion plans and the development of a new 27,000 sq. ft. production facility in Williams, AZ. In August of this year, the GCB hired Josh Ward as head brewer and promoted Jeff Fowler to director of brewery operations. Hiring new brewery staff will help the GCB achieve higher craft beer production and development at the new location.