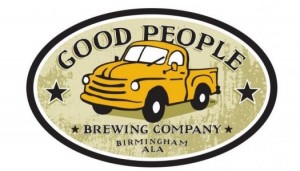 BIRMINGHAM, Ala. – Good brew is coming to a can near you! Good People Brewing Company and AlaBev are hitting the streets to bring you the coolest can in the market, featuring Good People’s ever popular Pale Ale. Retailers, Restaurants and Bars near you will begin carrying Good People’s Pale Ale in a can starting this week.

Alabama’s oldest brewery that has proven itself by being a leader in the local beer community, Good People has offered the perfectly styled beer on draft for nearly 5 years. This local brew will expand their packaged offering to three styles of beer, also including Good People IPA and Brown Ale. Tastings will be hosted at local retailers, restaurants and bars in Birmingham, Huntsville and Montgomery.

“With the high demand of this product, our team will be working very hard to meet the consumer demand,” states Harry Kampakis, Owner of AlaBev. “It is our goal to get a fast start on distributing Good People’s Pale Ale across the entire retail footprint.”

Good People’s Pale Ale is one of the top grossing SKUs on draft in the state of Alabama with an ABV of 5.6% and IBU of 36. The classic American Pale Ale is floral to the nose and flavorful to the mouth. 2-Row and 5 Specialty Malts create subtle caramel tones while just the slap right amount of cascade hopes makes our Pale Ale just a shade short of perfect.

“The style of beer known as ‘Pale Ale’ is the back bone of the craft beer industry, offering a diverse flavor that can be enjoyed in an array of different settings,” states Michael Sellers, Owner of Good People Brewing Company. “Our version is the top seller of the variety of styles that we offer on draft and we are extremely excited to provide the good people of Alabama with our Pale Ale in a can. We hope everyone enjoys this style in cans as much as they have on tap!”

Over the past several years, Alabama’s beer world has changed drastically. With new beer legislation in place, it has opened the doors for Alabama Breweries, such as Good People Brewing Company to open their doors and share their great tasting beer with Alabama.

Good People started out with humble beginnings and no intention of ever starting a business. A labor of love in which long brew days in the garage, bad equipment, curious dogs (we still blame them for a bad batch or two) and hanging out with friends became commonplace. Once it took root, this hobby turned into a passion (along with some really solid beers.)

We took our wares to football games, parties and cookouts. Before too long, folks began requesting our beer. It’s pretty fun to have someone you don’t even know walk right smack dab up to you and tell you how much they like your beer. We didn’t set out to start a business, the business just found us.