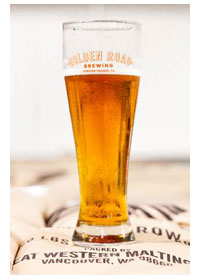 LOS ANGELES, CA – September marks the celebration of many things: the transition from summer to fall; the dusting off of coats, jackets, and boots; and for beer lovers, the imminent return of their favorite holiday, Oktoberfest. However, in Southern California, without a real seasonal transition and the continued ability to wear flip flops year round, Angelenos get to skip a few of those milestones and get straight to the beer.

With that in mind, Golden Road Brewing is proud to announce Better Weather Fest, a chance to celebrate beer, Los Angeles, LA Beer Week, and LA’s seemingly never-ending supply of sunshine. The September 22nd celebration, which coincides with Golden Road’s one-year anniversary, will also mark the highly anticipated re-release of Burning Bush IPA, which made its debut at last years opening party.

Festival goers will be able to:

*Street parking will be available onWest San Fernando Road, in addition to local lots within (short) walking distance of the brewery