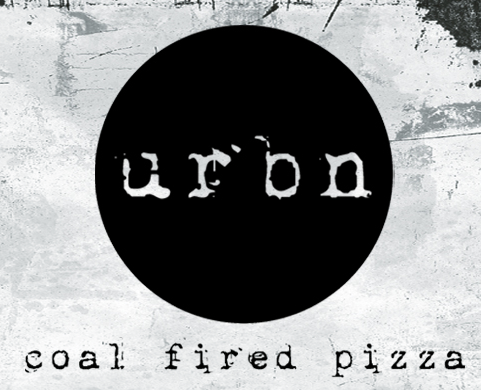 Expected to open doors in early 2014, the dual-concept initiative will house a yet to be named brewery and will add a third URBN Coal Fired Pizza to Mangini’s growing repertoire. With this news Jon reveals that the new concept will partner with seasoned industry veteran, Alex Carballo — Executive Chef of Stone Brewing Co., who will be leaving his current position at Stone near the end of July.

The 4,000 square foot facility, previously occupied by El Cajon Brewing Company on the corner of Magnolia Avenue and Main Street, will undergo a full design overhaul to boast the same raw industrial elements and casual urban appeal that has become Jon’s signature mark on the city’s hospitality scene.

This brewery will be Mangini’s first foray outside of the traditional restaurant concept. Bringing on Executive Chef and Partner, Alex Carballo, who has experience working hand-in-hand with the national brewing industry, will elevate the credibility of URBN’s already existing reputation in beer. Nationally respected as of one of Restaurant Hospitality Magazine’s “12 to watch in 2012” and noted in top industry publications such as Food & Wine, Sunset Magazine and Draft Magazine to name a few, Carballo has been at the helm of Stone Brewing World Bistro & Gardens in Escondido as the Executive Chef and General Manager in addition to Stone Catering for the past five years. A graduate of San Diego State University and the National Culinary & Baking School, Chef Carballo has held the position of Executive Chef at many prestigious San Diego restaurants, such as Crosby Country Club, Indigo Grill, Brigantine and The Fishery. He is a practicing member of Slow Food San Diego, which links the pleasure of food with a commitment to the community and environment, serves as a board member for Chef Celebration, is an advisor for the California Department of Education’s “California Farm to School Task Force,” and donates his time to many charities in Southern California.

Alongside Mangini, Carballo is putting together a stellar team comprised of some of industry’s most passionate brewers to head up brewery production. As a distribution company, URBN’s unnamed brewery also plans to distribute their beers to the rest of the concepts within URBN Restaurants Inc., with greater distribution throughout San Diego in the years to come.

The culinary program, also led by Executive Chef Carballo, will feature URBN’s award-winning menu staple — a traditional thin crust, coal-fired pie, reminiscent of the famous pizzerias found in New Haven, Connecticut. In addition to URBN’s signature pizzas, Chef Carballo will introduce a handful of various dishes while taking a playful twist on pub favorites like wings, salads and more, to give patrons a variety of approachable options. He also plans to roll out a series of beer pairing dinners, while forging on in his passionate support of local farmers and farm-to-table credo. With BASIC & URBN known for their eclectic beer selections and knowledgeable staff, the new location will follow suit in offering an extensive international selection of craft brews and, pending the approval of a liquor license, spirit driven craft cocktails.

“El Cajon is uncharted territory for the group, and I love the idea of being able to offer the neighborhood something new and totally original,” says Jon Mangini. “In regards to the new brewery, quality beer has always been a passion of the collective, and we’re excited to share our interpretation of what great beer should be with the rest of San Diego.”

URBN Coal Fired Pizza is the casual-eatery spinoff from Jon Mangini, the industry veteran behind the award-winning BASIC Urban Kitchen + Bar. Mangini opened BASIC in 2006 in downtown San Diego, followed by a second location in Sacramento in 2008. With the overwhelming success of BASIC in the San Diego market, Mangini opened the doors to URBN Coal Fired Pizza in Vista in 2008 and most recently, a second location in the progressive North Park neighborhood. URBN boasts the same industrial feel and authentic New Haven style thin-crust pizza of BASIC with additional menu items and an extensive craft drink selection. Both establishments are consistently awarded for excellence in menu and concept, including an honor for Design Excellence by San Diego Home and Garden Magazine; recognized as “BEST PIZZA in San Diego” by NBC’s Golden Local, a viewer-based contest voted on by the locals; and was selected as a “Silver Fork” award winner by San Diego Home and Garden Magazine, an exclusive award that is handed out to only the best in San Diego dining and cuisine. BASIC has been featured in high profile media outlets such as The New York Times, MTV, The LA Times, and Riviera Magazine.