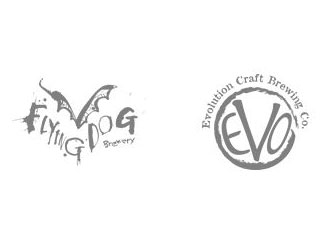 Frederick, MD — A key mechanism of evolution, Natural Selection is one of the cornerstones of modern biology and now, Maryland craft beer.

The Maryland breweries will launch the first Natural Selection release, Genus One, in March. A stock ale, Genus One has caramel and brown fruit notes that mingle with hints of roast, chocolate, and toast.

Then, a common descent will occur as each brewery brews a second batch of Natural Selection with Flying Dog dry hopping its version (Genus Two) and Evolution barrel aging theirs (Genus Three).

“What appealed to us is the collaborative nature of the stock beer and how the two other releases play off of each brewery’s strengths,” Flying Dog Brewmaster Matt Brophy said. “We released our first double dry hopped beer last year and have been experimenting with cutting edge hop varietals in our series of Single Hop Imperial IPAs for the past two years.”

“We’ve had a lot of fun at Evolution designing beers to pair with different barrel types and this is an opportunity to expand on that experience,” Evolution Brewmaster Geoff DeBisschop said. “Creating a beer that can express barrel character in our release while complementing dry-hopping in the Flying Dog version was a great challenge and I’m looking forward to the results.”

Natural Selection Ale: Genus One will premiere during the Craft Brewers Conference in Washington, DC on draft only. Genus Two and Genus Three will be released in October. All three releases will only be available in mid-Atlantic markets.

“Good Beer, No Shit.” Located in Frederick, MD, Flying Dog is Maryland’s largest brewery. As its tagline — courtesy of label artist Ralph Steadman — proclaims, Flying Dog is committed to producing world-class craft beer and continues to push the envelope with experimental and limited-edition releases. Recent accolades include Doggie Style Classic Pale Ale ranked as the #1 American Pale Ale in the U.S. by The New York Times and Raging Bitch Belgian-Style IPA named one of the best new beers in 2010 by multiple sources. For more information, please visit www.flyingdogbrewery.com.