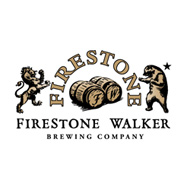 PASO ROBLES, CA – From the wilds of Firestone Walker Brewing Company comes Wookey Jack, a new release that Brewmaster Matt Brynildson calls “gnarly on the outside, yet refined on the inside.”

Classified as a “Black Rye IPA” by the Firestone Walker brewing team, Wookey Jack is a riff on the familiar Black IPA style. MaltedRyeand a dash of Cara Rye impart a spicy grain quality to the palate. Wookey Jack is double dry hopped with Citra andAmarillohops, which bring a citrusy dimension to the aroma profile. The brewing team claims to have incorporated a bit of “Wookey Dust” as well. Wookey Jack is unfined and unfiltered to retain its woolly natural texture and character.

According to Brynildson, the vision behind Wookey Jack was to push the Black IPA style in a fresh direction. “We wanted it to be intensely flavored and hoppy, but also balanced and complex,” he said. “The rye malt makes it interesting, bringing everything together with a rustic edge.”

He added, “Wookey Jack is black in color, but if you close your eyes and taste it, you’ll say it’s a true IPA. The roasted character is about as light as you can get in a beer this dark.”

The origins of the name Wookey Jack are uncertain. Some say that it’s related to Brynildson’s favorite band, Phish. Co-proprietor and British expatriate David Walker suggests a connection to Wookey Hole, an English village noted for its dark caves and resident witch.

“Wherever the name came from, it fits,” Brynildson said. “This is a beer that tastes like its name.”

Parabola and Solace Return This Spring

The spring season brings other beer releases from Firestone Walker Brewing Company—notably the limited-release Parabola, which returns in mid May in 22-ounce bottles; and Solace, a spring-summer seasonal beer available across the brewery’s distribution markets starting now.

Parabola is a barrel-aged Russian Imperial Stout that starts out “as thick as a cookie,” requiring the brewers to manually stir the two-ton mash. The Parabola recipe is unchanged from previous years. However, the 2012 release will still reveal its own distinct nuances compared to earlier releases. Brynildson notes that Parabola is typically composed of five to six batches aged in a variety of spirits barrels. No two batches or barrels are exactly alike, resulting in subtle differences as the final blend is assembled from year to year. Retail production of the 2012 vintage is limited to 3,500 cases of 22-ounce bottles, as well as very limited draft.

Solace remains a “fusion wheat beer,” merging the qualities of a Belgian pale ale with a Bavarian hefeweizen to create a craftily unfiltered ale for those lazy warm summer days ahead. This time around, however, the ABV has been lowered to 4.8 percent, down from the 6 percent of earlier releases. “It’s a small change, but something that we feel refines Solace and enhances its drinkability,” Brynildson said.

Firestone Walker Brewing Company recently opened The Taproom restaurant adjacent to the brewery in Paso Robles. The Taproom menu blends traditional Californiacuisine with other influences to create what co-proprietor David Walker calls “brewhouse bistro cooking.” The Taproom focuses on locally grown ingredients and wines as well as a broad selection of fresh-brewed Firestone Walker beers. Ingredients from the brewing process will also be incorporated into select dishes, such as spent grains used to make pizza crusts, and “beer honey” made with sweet beer from the early stages of fermentation.

Some of the world’s top breweries will pour their finest beers at the inaugural Firestone Walker Invitational Beer Fest in Paso Robles on June 9, hosted by Firestone Walker Brewing Company in partnership with the Paso Robles Pioneer Day celebration. The Firestone Walker Invitational Beer Fest was spearheaded by Matt Brynildson, brewmaster for Firestone Walker Brewing Company, who invited his friends and peers across the international brewing community to help create California’s premier annual beer festival. The festivities will include 40 breweries, more than 20 restaurants and three live music acts on separate stages. Legendary cult folk-rock band The Mother Hips is the live music headliner. For more information, see: www.firestonebeerfest.com.