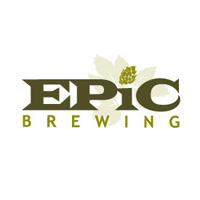 Salt Lake City, UT, — Epic Brewing continues its distribution kick off in Texas this week with a series of events in Dallas and Fort Worth. Distribution in these areas will be handled by Andrews Distributing, a leader in craft beer distribution.

“We have had many requests for our beers in Texas the past few years,” said National Sales Manager Michael Malachowski, “and with the increased capacity from Denver we can finally answer their call.”

To introduce Epic Brewing a series of tap takeovers and tasting events have been scheduled with craft-centric retailers. National Sale Manager Michael Malachowski will be in attendance and Brewmaster Kevin Crompton will make a special appearance on Thursday, August 21th. The following is a listing of upcoming events.