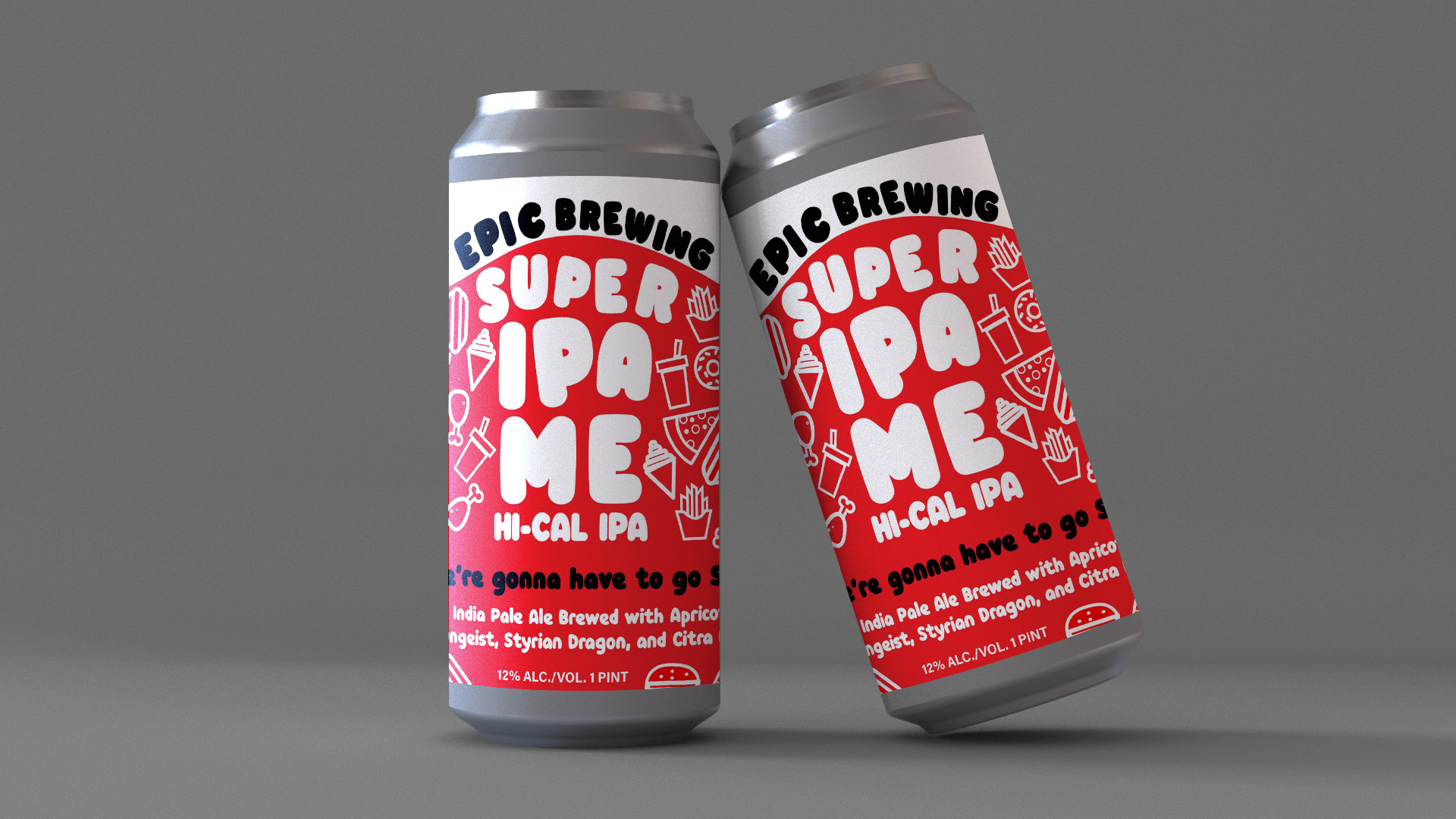 SALT LAKE CITY and DENVER — Irreverently shying away from a current trend in the craft beer industry, Epic Brewing is releasing Super IPA Me, an intentionally high-calorie, juicy India Pale Ale loaded with apricots, Grungeist, Styrian Dragon, and Citra hops on February 28. At 500 calories per 16oz serving, the beer is an engorged tongue-in-cheek response to the rush to offer low-calorie, craft-like beers.

“I’d been to a couple of meetings with some retailers & they kept asking me about our “Better For You Category” beers.” said Regional Sales Manager Nate Levi. “I asked [co-owner] Dave Cole about it, and he shot back, “Why do we want to do what everyone else is doing? Why don’t we go opposite?”, and a week later [Director of Brewing Operations] Jordan Schupbach was coming up with a chonky recipe.” And nobody said, “I don’t think this is a good idea.” At least not out loud.

At 12 % ABV, a shload of hops, plus a ludicrous amount of apricots, Super IPA Me joins Epic’s extensive line-up of juicy and hazy IPAs, like Citralush New England IPA, Chasing Ghosts Double Hazy IPA, and Drama Juice New England IPA. Super IPA Me will be exclusive to the Epic taprooms and hand selected retailers.

“How can we get the most calories packed into an IPA? At first, we wanted mash in with burgers and french fries, and dry hop with milkshakes and gummy bears,” said Jordan Schupbach. “Then we got hungry and ate it all, so we opted for high protein malts, sugar to help boost the gravity and hit a high ABV, and fruit to push the calorie count over the edge. We landed on using apricot because the hops we decided to use, Grungeist and Styrian Dragon, smelled very stone fruity. I still want to dry hop with gummy bears. Maybe next batch.”

Founded by Dave Cole and Peter Erickson, Epic Brewing opened its doors in Salt Lake City in 2010 and expanded to Denver in 2013.

Watch: Ales for ALS Founders Discuss the Impact of COVID-19 on Charitable Program