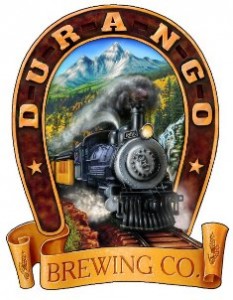 Over 90 beers were judged in 10 categories at the 7th All Colorado Beer Festival held on Saturday November 2nd. Teams of BJCP judges examined each entry against its style guidelines. After 3 1/2 intense hours the judges reached their decisions and announced the winners.

Durango’s Dark Lager beer was recognized as the best in the American Lager and Ales category. d: “This beer continues to be recognized as one of the best dark lagers in North America. A Gold Medal at the Great American Beer Festival in 2011 and a World Beer Cup Silver in 2010 makes this our most decorated brew” said Mark Harvey, General Manager. “Our brew team continues to make outstanding beers year after year” he said.

Also recognized as the best in the Pale Ale category was Durango’s Pale Ale, an American Pale Ale brewed with fresh hops grown in Western Colorado. “ This beer was a refinement of our earlier version of Pale Ale and because we had fresh, local hops, we thought the freshness would improve the beer — it did!” said Harvey. “Our beers were compared to beers from 66 other breweries from Colorado and we were recognized as brewing some of the best. Congratulations to the other winners — Colorado is indeed the home of the best beer in the United States.”