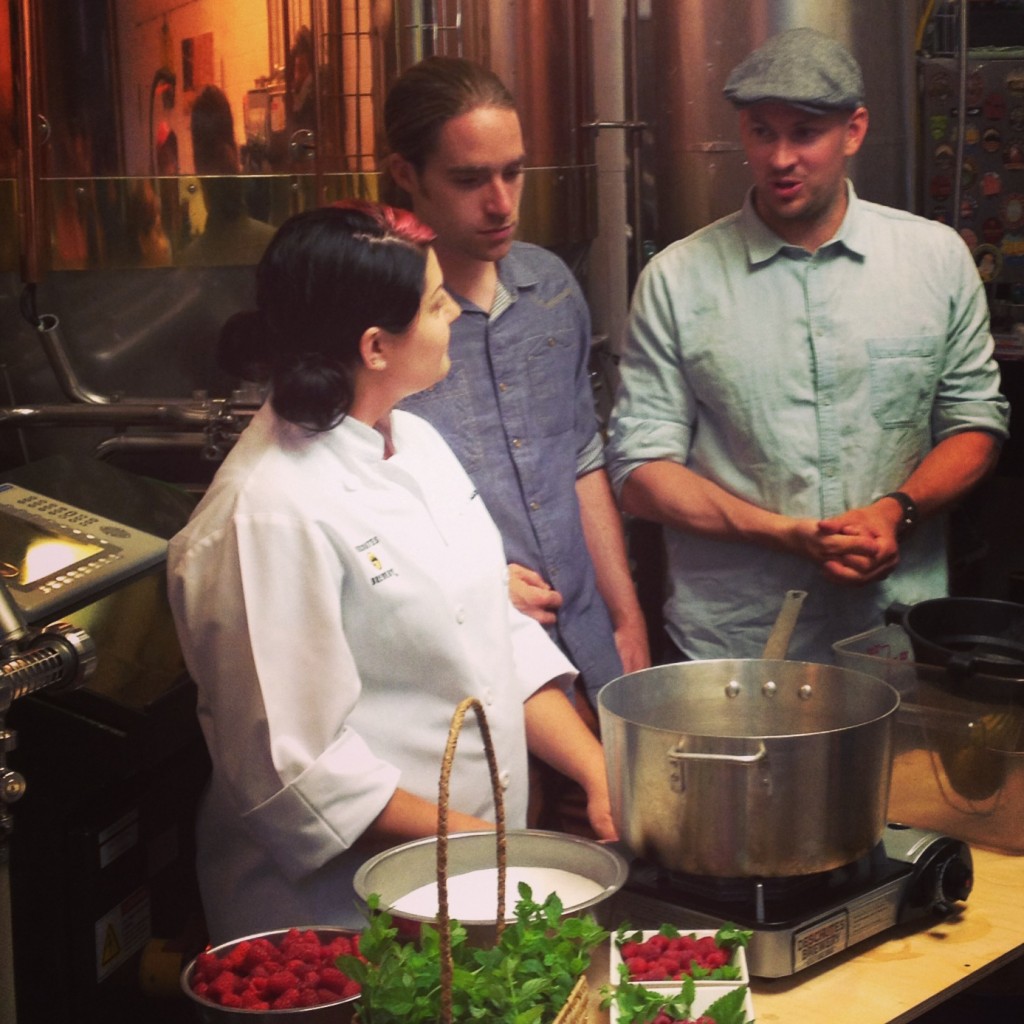 BEND, Ore. — Deschutes Brewery will be featured in an upcoming episode of the new craft beer show “Brew Dogs”, aired on the new Esquire Network.

The show’s format includes James Watt and Martin Dickie, owners of the UK’s fastest-growing brewery BrewDog, traveling across America visiting different American beer towns, celebrating distinctive craft beers and creating their own locally-inspired drafts. The two hosts spent some time at Deschutes Brewery a few months ago to film the upcoming episode which will air for the first time on Tuesday, October 29 at 10/9 central.

The show, which first aired on September 24 on the brand-new television network, has been receiving critical acclaim. The LA Times wrote, that the series promises to “appeal — and entertain — both beer geeks and the beer curious as it strikes a rare balance between entertaining and educating. The show could be just what the craft beer movement needs to create even more devotees.”

Ben Kehs, head brewer Deschutes Brewery’s Portland pub, said, “In the trailer, there was a clip of the show hosts standing naked in a brewhouse holding a couple of barrels. That was here at the pub. So you can imagine how the entire episode played out, we are looking forward to seeing the finished product.”

For the episode at Deschutes Brewery, the show hosts worked with Kehs to create a beer that reflected Portland and the surrounding region. The resulting brew included foraged ingredients from the area such as yarrow and scotch broom, collected by local author Becky Lerner who wrote “Dandelion Hunter: Foraging the Urban Wilderness.” In addition, executive chef Jill Ramseier created some special syrups that could be added to the beer. The ultimate beer that ended up being served in the Portland pub after the filming of the show was dubbed Willamette Weiss and contained red cedar and scotch broom.

Deschutes Brewery is hosting viewing events of the show at its pubs in Portland and Bend on October 29th at 10pm, complete with free popcorn and some other specially prepared “tv viewing” snacks.

Celebrating its 25th anniversary this year, Deschutes Brewery began as a brew pub in downtown Bend, Oregon and is known for such brands as Black Butte Porter, its flagship brew and the nation’s number one selling craft porter, and the popular Mirror Pond Pale Ale. In addition to its original Bend pub, this family and employee-owned brewery opened a second pub in Portland’s Pearl District in 2008. The company’s main brewing facility is located on the banks of the Deschutes River and produces over 250,000 barrels of beer annually for distribution in 22 states and two provinces. Deschutes Brewery was named one of America’s Best Places to Work in 2013 by Outside Magazine. To find out more, visit www.DeschutesBrewery.com

Esquire Network is a lifestyle and entertainment network featuring programming that speaks to classic and contemporary passions and interests, from fashion and style to food and drink, travel and women and relationships. Building on Esquire’s 80 years of unparalleled insight into what makes men tick, the network will debut September 23, 2013 in 75 million homes nationwide, as well as online, mobile, On Demand, Esquire TV Now (TVE) and other platforms. Esquire Network is a strategic partnership between NBCUniversal and Hearst Magazines, and is a unit of NBCUniversal Cable Entertainment, a division of NBCUniversal.