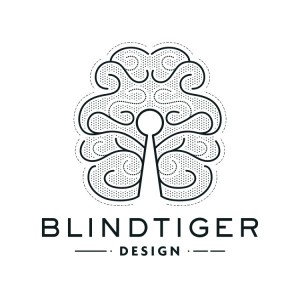 SEATTLE — BLINDTIGER Design, a creative agency specializing in branding for craft beer and craft beverage, today announced its official launch. Inspired by the infamous history of “Blind Tigers” — a Prohibition-era term for a speakeasy — the agency’s name is a nod to craft beverage’s spirited past.

While many creative agencies work on alcohol and beverage projects as part of a larger business portfolio, BLINDTIGER was founded as an agency explicitly dedicated to craft beverage. “Craft breweries, distilleries, and other beverage producers have very specific needs for their branding and design,” says BLINDTIGER Founder/Creative Director Oceania Eagan. “There are many nuances within this industry that a non-specialist creative agency may not be able to grasp. Whether it’s the significance of different hop varieties or the design requirements of the TTB [the federal agency responsible for approving alcoholic beverage labels], branding for craft beverage requires more than a design sensibility — it necessitates a depth of knowledge that few generalized agencies could offer. We saw the needs of craft beverage, and we knew that — as specialists — we were uniquely able to meet those needs.”

With a portfolio including branding and design work for notable breweries such as Bale Breaker Brewing Company, Reuben’s Brews, Figueroa Mountain Brewing Co., and Mystery Brewing Company, among others, BLINDTIGER’s work for the industry has already gained acclaim.

“Design and branding play a critical role in today’s craft beer industry,” says Eagan. “I think that consumers’ expectations have grown drastically in the last year alone, and they’ll only continue to grow. With increased competition for shelf space — and consumers’ attention — having a well-branded product is now vital to competing in the craft beverage arena.”

According to the Brewers Association, the trade association dedicated to small and independent American brewers, there were over 2,400 total breweries operating in 2012 — the highest since the 1880s. Craft brewing grew by 15% in volume and 17% in dollars during the last period for which statistics are available.

BLINDTIGER Design is a creative agency dedicated to the unique needs of the craft beverage industry. Located in Seattle, BLINDTIGER is founded on over a decade of experience in branding and design for craft beverage.