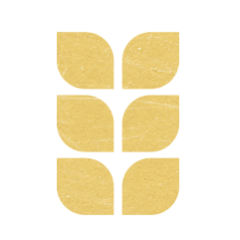 Milwaukee, WI — CraftFund LLC has announced that it is piloting its investment crowdfunding platform in Wisconsin, positioning the state as a pioneer in growing national movement to democratize capital investment.

Focused on craft beer, food and place makers, CraftFund is a platform for local companies to showcase products and projects and raise capital by turning passionate local residents into owners and advocates. Decades old securities laws have made it difficult for the general public to invest in local businesses. Wisconsin recently became one of the first states to pass an intrastate crowdfunding law that allows state residents to invest in local companies. Specifically, the law permits Wisconsin businesses to offer and sell securities to Wisconsin residents through online portals registered with the Wisconsin Department of Financial Institution.

CraftFund founder, David Dupee, was very involved in helping pass the state legislation because he believes Wisconsin is the perfect laboratory to test this new grassroots capital source. “This model should particularly resonate in a state that has such a strong buy local mentality as well as a professional sports team owned by its fans and surrounding community,” says Dupee. Dupee points to the potential this could have on economic development. “Wisconsin food and beverage companies are a staple of our local economy and a major job creator in this state; this is just another tool to help them grow.

Dupee also announced that the platform is now open to certain real estate development projects. “We have always viewed food and drink companies as place-makers and so it only makes sense to include real estate development projects that often go hand in hand with a vibrant food scene,” he says. Dupee envisions developers “using our platform to allow the broader community to literally own what the future of our communities look like.”

Users on the site will need to create an investor account and certify that they are Wisconsin residents in order to view active offerings. Any Wisconsin resident will be allowed to invest up to $10,000 in Wisconsin companies with committed funds held in escrow with a Wisconsin bank until the minimum target amount is reached. Dupee says his goal is to pilot the concept in Wisconsin with the intent of entering new markets as regulations allow: “We want to become the go-to platform for residents to craft the future of their communities through investments in local food, drink and place makers.”