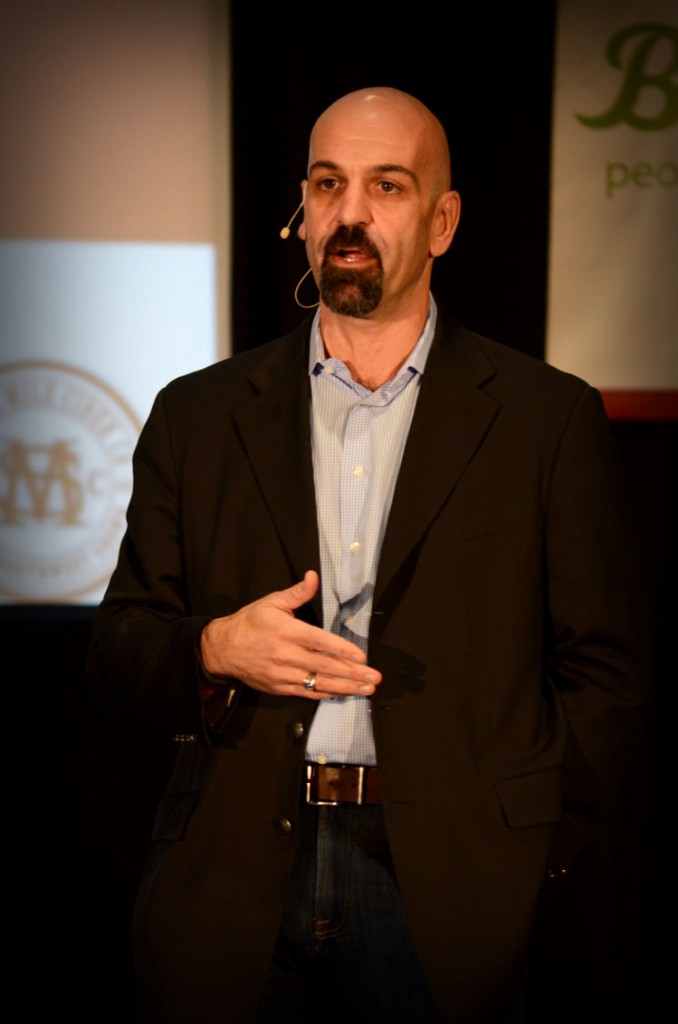 In a powerful speech, Andy Thomas, the newly-minted CEO of Craft Brew Alliance (CBA), used this year’s annual Beer Summit as a platform to fire specific and cutting remarks at the Brewers Association, the chief representative of the craft brewing movement and one that has tried to classify his products and others as something less than craft.

Taking the stage in front of 300 beer industry professionals and saying he intended to “go back to when we were younger and weren’t afraid to speak our minds,” Thomas leveled a series of charges against high school-style cliques and labels in the beer industry, and instead suggested that brewers worry more about their companies than what they are called by others.

The issue is one of increasing concern as more craft brewers have entered the market and their advocacy organization has increasingly used the news media and publicity campaigns to draw lines delineating craft brands depending on their ownership, size, and ingredients. Those lines have left CBA and other prominent brewers of high-quality beer on the outside looking in.

“We have the honor of having two pioneering craft brands in our portfolio,” Thomas said, referencing Widmer Brothers and Redhook. “Yet, an industry association doesn’t consider us ‘craft.’ Isn’t it time that we stop acting like 13-year olds? That we stop taking ourselves too serious and start talking to consumers and retailers again?”

Thomas elaborated, drawing a link between the socialization models of young adults — the “jocks, stoners and nerds in high school” — and maturing craft brewers.

“We label; we operate in cliques,” he said. “Are you a craft brewer? Did your equity come from a certain place? Do you not use certain ingredients? Name-calling, labeling, craft versus crafty.”

Thomas equated that argument with noise, and suggested that instead of spending time worrying about who gets to be included in the “craft club,” brewers spend more time refining their own business practices.

“What are our fundamentals?” Thomas asked the audience. “Obviously it’s great beer, but what about branding? Are we as good at branding as we really should be? What about our wholesaler relationships? Do we really work together?”

He urged the crowd not to question a beer drinker’s choice, but rather to celebrate it.

“We think our actions are limited to this room; they are not,” he said. “We are leaders of the industry. What we say about each other influences what consumers think about us. Our actions, our words have an effect.”

He continued on with a plea for increased consumer education, suggesting that craft beer could, one day, account for 70 percent of all beer sales.

“Are we really doing what we can to educate consumers about brewers, styles and brands or are we confusing them so much that they will go to something that is easier for them?” he said.

“Is this a movement and not a trend?” Thomas continued, drawing a parallel to Starbucks and the evolution of the coffee industry. “Are we on the cusp of a brave new world?

And, after offering attendees plenty to chew on, Thomas issued this challenge:

Thomas pled for all members of the beer industry to stop the infighting.

“Don’t elevate yourselves by cutting someone else down,” he said. “Don’t make someone question their beer.”

He emphasized his point, over and over again.