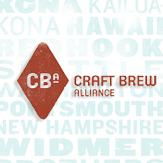 “Our retailers play a critical role in driving consumer awareness and demand for our distinctive, great-tasting beers, and we’re thrilled to honor Buffalo Wild Wings and Safeway for their outstanding support,” said Derek Hahm, Vice President, National Sales Operations, Craft Brew Alliance. “Whether it’s through Buffalo Wild Wings’ eagerness to be first to market Redhook’s Game Changer to millions of wings, beer, and sports fans, or through innovative in-store programming with Safeway, both of these retailers demonstrated exceptional support, and we wanted to find a special way to recognize their contributions.”

CBA is an independent, publicly traded craft brewing company that was formed through the merger of leading Pacific Northwest craft brewers — Widmer Brothers Brewing and Redhook Ale Brewery — in 2008. With an eye toward preserving and growing one-of-a-kind craft beers and brands, CBA was joined by Kona Brewing Company in 2010. Craft Brew Alliance launched Omission beer in 2012 and Square Mile Cider Company in 2013.

When Kurt & Rob Widmer founded Widmer Brothers Brewing in 1984, they didn’t confine their brewing exploration to strict style guidelines. To this day, Widmer Brothers continues to create craft beers with a unique and unconventional twist on traditional styles that are award winning and please a wide range of craft beer lovers. Redhook began in a Seattle transmission shop in 1981 and those colorful roots are reflected in the brand’s personality to this day. The eminently drinkable beers consistently win awards and please crowds across the United States. Kona Brewing was founded in 1994 by the father and son team of Cameron Healy and Spoon Khalsa, who dreamed of crafting fresh, local-island brews with spirit, passion and quality. As the largest craft brewery in Hawaii, Kona personifies the laid-back, passionate lifestyle and environmental respect of the Hawaiian people and culture. Omission beer is the first craft beer brand in the United States focused exclusively on brewing great tasting craft beers with traditional beer ingredients, including malted barley, that are specially crafted to remove gluten. For more information, visit: www.craftbrew.com.