California and New York, two of the most populous states in the country, have ordered residents to stay at home in an effort to stop the spread of the COVID-19 global pandemic.

In California, where more than 1,000 breweries are in operation, the state Alcoholic Beverage Control (ABC) has offered temporary regulatory relief for license holders such as drive-thru windows for off-premise transactions, packaged goods sold to-go from on-premise retailers and delivery to consumers.

New York offered similar stays of regulation on Monday when Gov. Andrew Cuomo announced that all bars and restaurants had to close for on-premise dining.

“This regulatory relief is designed to support the alcoholic beverage industry in its efforts to assist California in slowing the spread of the virus while assisting the industry in dealing with the economic challenges it is facing as a result,” the ABC wrote in an email. 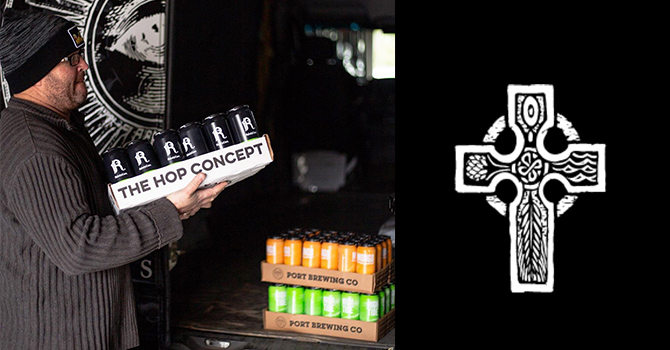 Across the state, craft brewers are responding accordingly. In San Marcos, the Lost Abbey began offering home delivery of orders of $50 or more to North County addresses and direct shipping to the rest of the state.

“With San Diego being on lockdown now, the orders are pouring in,” director of media and marketing Adam Martinez said. “Not the easiest thing to deliver beer, but glad to keep beers in people’s hands.”

The California Craft Brewers Association published a resource list for members that includes information on tax extensions and links to small business relief in various cities.

On Friday, Illinois Gov. J.B. has ordered residents to stay at home beginning Saturday, but said that life for residents already following social distancing guidelines “will not change very much,” according to the Chicago Tribune.

In Illinois, the Liquor Control Commission also made similar concessions to allow for home delivery, curbside pick up and to-go sales from on-premise retailers. Chicago-based Revolution Brewing closed on Sunday but reopened on Thursday with curbside pickup.

Hey friends — hope you're all healthy, happy, and coping (given everything going on). We're launching curbside pickup tomorrow at the Taproom, and we're continuing to produce beer for the best damn city in the world. Online pre-orders only, through here: https://t.co/0BhtKkrhor pic.twitter.com/eucVH5Su0p

Revolution will host a virtual movie watch party Friday evening using the Netflix Party feature that allows viewers to participate in a chat while watching the same show or movie.

We realize this week has felt like a year. But Friday's here, and we want to kick back with our friends. So let's grab beers and catch a movie together. Download the Netflix Party extension for Chrome and we'll tweet the party URL at 7:30 p.m. Link-> https://t.co/flvhMq6k0p

In Massachusetts, Trillium Brewing announced its beer was available at off-premise retailers for the first time. The company had already begun delivering beer to consumers’ doorsteps, as well.

Massachusetts lawmakers are considering passing a law that would allow on-premise license holders to “sell only their current inventory of beer, wine and spirits that are canned or bottled and unopened to members of the general public who are not under 21 years of age.” The law covers inventory purchased before Friday and to-go sales of alcohol would end when Gov. Charlie Baker ends the state of emergency declaration.

As breweries across the country turn to delivery and curbside sales, national trade group the Brewers Association (BA) has created a directory of craft breweries’ current retail operations under social distancing guidelines. Breweries can submit their information to be included.

The shutdown of on-premise consumption has rendered draft service all but unusable and Iron Heart Canning, a mobile canning company with operations that serve every state east of the Mississippi River except for Mississippi, is “continuing mobile canning services uninterrupted to provide for an increased demand for packaged product,” according to a press release.

“We are doing everything we can to accommodate all requests, to be flexible and add volume or schedule additional dates as needed to keep our customers’ revenue streams flowing,” founder and CEO Tyler Wille said in the release.

With nearly all states shutting down on-premise consumption for still-undetermined lengths of time, the BA has published recommendations for closing down draft lines.

“If beer is left stagnant in draught lines for too long, the system will be at risk of an irreversible bacterial contamination,” the Draught Beer Quality Subcommittee wrote. “Taking the right steps can prevent you from having to deal with dangerous gas leak hazards, costly draught line contamination, or even more expensive draught line replacement.”

BA quality ambassador Neil Witte will participate in an online “Ask Me Anything” session through the Craft Beer Professionals Facebook group on Tuesday at 11 a.m. EST to discuss the proper way of closing down lines.

Watch: Ales for ALS Founders Discuss the Impact of COVID-19 on Charitable Program