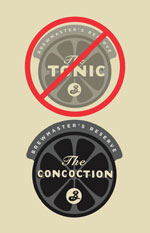 BROOKLYN – Due to TTB regulations, The Brooklyn Brewery was forced to rename their latest addition to the Brewmaster’s Reserve Series collection.

The Concoction, formerly “The Tonic,” will be the new name of the brew which was originally inspired by bartender Sam Ross at the famous NYC cocktail bar Milk & Honey.

According to Dan D’Ippolito, a brewery spokesperson, “The Tonic,” suggested that the beer was actually created with tonic water, the reason for the TTB’s denial.

The brewery originally wanted to name the beer “The Penicillian,”” which was also not approved by the TTB.

D’Ippolito confirmed that the name change will delayed the official release of the new beer, which will be served on draught-only at select accounts.