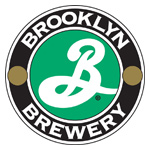 New York, NY — Garrett Oliver, brewmaster of The Brooklyn Brewery has won the 2014 James Beard Foundation Award for Excellence in the category of “Outstanding Wine, Beer, or Spirits Professional”. Often referred to as “the Oscars of the food world”, the James Beard Foundation Awards, celebrated in a star-studded black tie ceremony at New York’s Lincoln Center, are widely considered the most prestigious awards in the culinary arts in the United States. This is Oliver’s first James Beard Award. Having been previously nominated in this category several times, he was also a finalist for his books “The Brewmaster’s Table” and “The Oxford Companion to Beer”.

The James Beard Awards are considered to be the highest honor in the culinary and beverage fields since their establishment in 1990. Previous winners of the “Outstanding Wine, Beer, or Sprits Professional” honor include Paul Grieco of Terroir (2012) and Julian Van Winkle III of Old Rip Van Winkle Distillery (2011). This is the first time a beer professional has ever won this award.

“This is my 20th year at Brooklyn Brewery, and I couldn’t think of a better way to celebrate a banner year”, said Oliver. “Chefs are the closest peers of the modern craft brewer, so the culinary side of brewing has always been very important to me. I have a lot of friends in this room. This is a great honor, and I think it signals the fact that real beer is back where it belongs – at the table.”

Garrett Oliver began brewing professionally at Manhattan Brewing Company in 1989 as an apprentice. He was appointed brewmaster there in 1993. He soon became widely known both here and abroad for his flavorful interpretations of traditional brewing styles as well as being an avid and entertaining lecturer and writer on the subject of beer. Garrett has hosted more than 900 beer tastings, dinners, and cooking demonstrations in 16 countries, writes regularly for beer and food-related periodicals, and is internationally recognized as an expert on traditional beer styles and their affinity with good food.

His most recent book is The Oxford Companion to Beer (OCB), published in October 2011 by Oxford University Press. Compiling the vast knowledge of 166 experts in 24 countries, covering 1,120 subjects, The Oxford Companion to Beer is the most comprehensive book ever published on the subject. Only nine weeks after its publication date, the OCB had risen to #8 on the Amazon list of overall books, had sold out four printings and headed into a fifth. Amazon.com named the OCB one of the “Best Books of 2011”.

Garrett was a founding board member of Slow Food USA and then later served for five years on the Board of Counselors of Slow Food International. He is a graduate of Boston University, and holds a degree in Broadcasting and Film. He is the recipient of the 1998 Russell Schehrer Award for Innovation and Excellence in Brewing, granted by the Institute for Brewing Studies. It is the highest award given within the United States brewing profession. He is also the recipient of the 2003 Semper Ardens Award for Beer Culture (Denmark) and Cheers Beverage Media’s “Beverage Innovator of the Year” Award for 2006. In 2007, Forbes named him one of the top ten tastemakers in the country for wine, beer and spirits.

About The Brooklyn Brewery