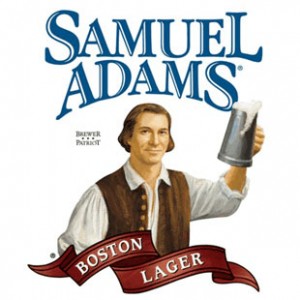 BOSTON – The Boston Beer Company, Inc. (NYSE: SAM), based on information of which the Company is currently aware, now expects its 2012 earnings per diluted share range to be between $4.30 and $4.60, an increase from the previously communicated range of $3.80 to $4.20 . This increase is primarily due to increased shipment volumes and the timing of certain selling, general and administrative expenses. The Company also now projects full-year depletions growth of between 11% and 13%, based on its analysis of year-to-date depletions versus 2011.

The Company’s is increasing its 2013 depletions projection range to be between 10% and 15%, from its previously communicated growth of high single digits, based on its current depletions forecast for 2013. Actual results may vary materially from this projection.

The Boston Beer Company began in 1984 with a generations-old family recipe that Founder and Brewer Jim Koch uncovered in his father’s attic. After bringing the recipe to life in his kitchen, Jim brought it to bars in Boston with the belief that drinkers would appreciate a complex, full-flavored beer, brewed fresh in America. That beer was Samuel Adams Boston Lager ┬«, and it helped catalyze what became known as the American craft beer revolution.

Today, the Company brews over 50 styles of beer. The Company uses the traditional four vessel brewing process and often takes extra steps like dry-hopping and a secondary fermentation known as krausening. It passionately pursues the development of new styles and the perfection of its classic beers by constantly searching for the world’s finest ingredients. While resurrecting traditional brewing methods, the Company has earned a reputation as a pioneer in another revolution, the “extreme beer” movement, where it seeks to challenge drinkers’ perceptions of what beer can be. The Boston Beer Company strives to elevate the image of American craft beer by entering festivals and competitions the world over, and in the past five years it has won more awards in international beer competitions than any other brewery in the world. The Company remains independent, and brewing quality beer remains its single focus. While the Company is the country’s largest-selling craft beer, it accounts for only approximately one percent of the U.S. beer market. For more information, please visit www.samueladams.com .