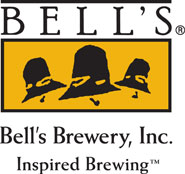 DETROIT, MI – Detroit’s Bayview Yacht Club, one of the most storied and historical sailing clubs in the world,announced today that Bell’s Brewery – a major beer producer and the largest based in Michigan — has come aboard as the title sponsor Bayview’s 2011 Port Huron to Mackinac Race.

This year will mark 87 consecutive years for the world-class event. Some 200 plus sailboats and 2,500 sailors take part in the annual regatta with an estimated 100,000 sailing fans and families attending the festive activities in Port Huron leading to the Saturday start.

For the third time, sailing fans around the world will be able to follow individual boats or the entire fleet on the Bell’s Brewery and Bayview Yacht Club websites as Global Positioning System (GPS) tracking devices will be placed on all participating sailboats. In 2010, a record 4.4 million page views were hit on the web site during the race.

“This race is iconic to the State of Michigan and one of its greatest traditions, and we at Bell’s Brewery are thrilled to be a part of this phenomenal event,” said Larry J. Bell, President and Founder of Bell’s Brewery, Inc. based in Comstock, MI. Bell’s produces some 170,000 barrels of beer each year and distributes its products to 18 states.

Bell’s, the largest brewery in Michigan, is well known for its famed summer “Oberon” wheat ale and “Two-Hearted Ale” among many other premium and specialty brands. Bell’s has been a Bayview Mackinac Race sponsor since 2009. Pure Michigan, the state’s travel bureau was the previous title sponsor and the Bayview Mackinac Race is the only event Pure Michigan sponsored in the state.

“This race is unique to the Midwest and is the longest continuously run freshwater race in the world. It features sailing in the Great Lakes and showcases the natural beauty and fresh water resources that are unique to Michigan,” said Bell “We welcome sailboats and racing teams from Chicago and around the world for this grand event that marks the height of a Michigan summer.”

“Bayview is absolutely thrilled to have a Michigan-based company with the high quality reputation of Bell’s Beer as the title sponsor for our great race,” said John C. Burke, Commodore, Bayview Yacht Club. “Many sailors here and throughout the country are familiar with Bell’s Beer and their brands are becoming as iconic as this race. We welcome the Bell team’s support and look forward to a fantastic year.”

“The Bayview Yacht Club web site, www.byc.com, generally draws a million page views for the race; up to 10 million page views are expected to hit the www.bellsbeer.com site where the GPS tracking link for the 2011 race will be located”, said 2011 Race Chairman Charlie Elmer.

“For fans and spectators we are excited to be able to use the GPS race tracking technology to bring this race to their laptops and phones for those who cannot join us for the majestic experience of being in Port Huron for the pageantry of the race start,” said Elmer. “This is one of the most challenging and exciting sailboat races in the world on one of the most unpredictable bodies of fresh water in the world.”

From its traditional start in Southern Lake Huron, the fleet will head North on one of two courses. The shorter course, called the “Shore Course,” covers 204 nautical miles (252 statute miles) along the Michigan shoreline before heading west to Mackinac Island Bell’s Beer finish line. The longer “Cove Island Course” is 259 nautical miles (298 statute miles) and takes the sailors around a buoy off the tip of the Bruce Peninsula in Canadian waters before heading West toward the Bell’s Beer finish line at Mackinac Island.

Commodore Burke, an “Old Goat” veteran of 34 races, said the world-class sailboat race is “steeped in generations of sportsmanship and family tradition that touches everyone who lives here or who has ever sailed the Great Lakes.”

An estimated 100,000 fans on both the U.S. and Canadian shores will cheer the sailboats as they make their way up the St. Clair River from Port Huron – with flags and pennants flying – in a spectacular nautical parade to the starting area that takes place about five miles from the Blue Water Bridge.

“I would like to extend our appreciation for the sailors, their families, friends and the staff of Bayview for all that they do to make this event such a success. I congratulate the Mackinac 2011 Race Chairman, Charlie Elmer, for an amazing job in getting this race organized and setting the stage for a safe race on two courses,” said Commodore Burke.

Bayview Yacht Club, founded in 1915, is widely regarded as the premier sailing club in Michigan and the Midwest. It has been hosting the Bayview Mackinac Race since 1925. The private club is located on the Detroit River near the mouth of Lake St. Clair and has more than 1,000 members. For more information: www.byc.com.

Bell’s Brewery celebrated its 25 anniversary in Michigan in September 2010. At that event Larry Bell, owner of Bell’s Brewery, announced a $52 million investment over the next five years. For More information on Bell’s Beer please visit: www.bellsbeer.com.

Bell’s Brewery is quickly outpacing the definition of a regional brewer and consumer demand for its high-quality beers are exceeding current production capacities prior to the expansion/ This $52 million investment by Bell’s Brewery’s is targeted toward meeting consumer demand and a multi-year trend of twenty percent growth annually.

Bell began brewing beer as a lone entrepreneur 25 years ago in a 15-gallon soup kettle. Bell’s Brewery is one of the few craft breweries to remain under original ownership.