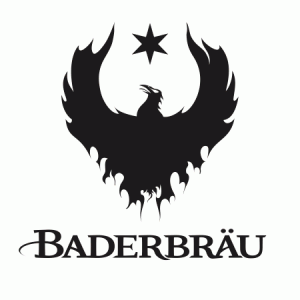 CHICAGO, IL — Baderbr├ñu, the craft beer that was popular in Chicago in the late 80’s and 90’s and recently returned to the market, announces today that it has just launched a new varietal, Baderbr├ñu Red Velvet Hoppy Bock.

Founder Rob Sama says, “With so much focus these days on hops in the craft beer world, we’re just really proud to be able to put out a beer that puts the malts first but is well balanced with 100% Northern Brewer Hops. It may be a bit contrarian, but I think when you taste the beer you’ll have a newfound appreciation for the malts, the oft-forgotten but essential element of beer.”

The Red Velvet is the second original recipe from the Baderbr├ñu team (Oktoberfest launched fall 2012) and can be found at many retailers including Binny’s and Mariano’s, as well as local restaurants and bars throughout Chicagoland through mid-April.

Originally Baderbr├ñu was brewed in 1989 by the Pavichevich Brewing Company of Elmhurst, which at its height produced more than 14,000 barrels of Baderbr├ñu annually. It was sold into more than 200 Chicago area bars and restaurants at a time when only major domestic beers were sold widespread throughout Chicagoland. In 1998, as Pavichevich Brewing met with financial difficulties and could no longer keep up with demand, Goose Island acquired the rights to brew Baderbr├ñu and did so until 2002, when it decided to focus entirely on its Goose-branded products. In 2010, Rob Sama formed Baderbr├ñu Brewing Company with the assistance of master brewer and original Baderbr├ñu pilsener creator Douglas Babcook to bring back Baderbr├ñu Chicago Pilsener to prominence. In 2013, Baderbr├ñu released its second varietal, Oktoberfest. Over the years, Baderbr├ñu won several awards and was once regarded as the “best pilsener I’ve ever tasted in America” by acclaimed beer critic Michael Jackson and most recently for Oktoberfest, the “People’s Choice Award” from the 2013 Lisle Ale Fest. For more information, please visit www.baderbrau.com.