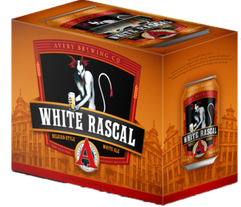 BOULDER, Colo. — Avery Brewing Co. announces the release of its first 12oz. can 12-packs, set to hit the shelves in Colorado later this June. Both its flagship Avery IPA and White Rascal Belgian-style White Ale will be offered in the new 12-pack packages.

“We are excited to provide these two new options to our fans. Here at Avery we all agree that cans are amazing vessels for beer both from a quality and portability standpoint. We also all agree that sometimes six simply aren’t enough,” said Avery’s National Marketing Director Darin McGregor.

Avery India Pale Ale, the flagship of the Avery Brewing Co., has a citrusy, floral bouquet and a rich, malty, yet dry finish. Brewed by hop heads, for hop heads. IBUs: 69, ABV: 6.5%