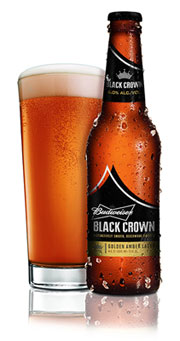 ST. LOUIS – Anheuser-Busch today announced it will debut four-and-a-half minutes of new ad creative during CBS’s broadcast of Super Bowl XLVII on Sunday, Feb. 3. Super Bowl icons Bud Light and Budweiser will share the spotlight in this year’s game with Anheuser-Busch’s two newest brands, Budweiser Black Crown and Beck’s Sapphire, both of which will be making their national television debut.

Bud Light, the official beer sponsor of the NFL, will premiere two 60-second ads, “Journey” and “Lucky Chair.” The ads are the culmination of the brand’s successful “Superstitious” campaign, which portrays the traditions and rituals NFL fans employ to help their teams win. Both ads are set in New Orleans, tying the creative closely to the Super Bowl. The creative agency for these spots is Translation.

The iconic Budweiser Clydesdales will also appear in a new 60-second spot, “Brotherhood,” which chronicles the bond a Clydesdale foal shares with his trainer. Partially shot at Warm Springs Ranch, a 300-plus acre farm near Boonville, Mo., home to many of the Clydesdales, “Brotherhood” will take the Clydesdales advertising into new territory by providing a new level of access to their early years.

Beck’s Sapphire, which debuted on New Year’s Eve, will also make its Super Bowl advertising debut with a new thirty-second ad, “Serenade.” The ad celebrates Beck’s Sapphire’s sleek, one-of-a-kind black bottle, and features a surprise admirer that is mesmerized by its beauty. The creative agency for Beck’s Sapphire’s ad is Mother.

“The Super Bowl is an unbeatable platform for us to launch our new brands, Budweiser Black Crown and Beck’s Sapphire, and continue building on the long-standing success of Bud Light and Budweiser,” saidPaul Chibe, vice president, U.S. marketing. “Not only does the game have the largest television audience of the year, but it’s an incredibly captive one because so many viewers tune in for the commercials.”