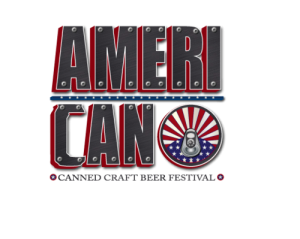 Scottsdale, AZ — Professionally produced by HDE Agency in partnership with SanTan Brewing Company, the 4th Annual AmeriCAN Canned Craft Beer Festival is set to return to the Scottsdale Civic Center onSaturday, May 17. Presented by Rexam, the AmeriCAN Canned Craft Beer Festival will open its doors at noon to VIP ticket holders and at 1 p.m. for general admission when cans will be cracked and suds will be poured until 6 p.m.

“We’re excited to bring the canned craft beer revolution back to Scottsdale! This event continues to grow each year and this year will be even bigger and better than years past. The venue is beautiful, it’s the perfect backdrop for a beer festival,” said Landon Evans, event coordinator.

Presale VIP and general admission tickets are available for purchase online at www.cannedcraftbeerfest.com. Presale general admission tickets are $35 each and include admission, a souvenir can and 20 four-ounce pours. VIP tickets are available through presale purchase only for $100. VIP tickets include admission one hour early, a souvenir can, 20 four-ounce pours, catered food, a private VIP zone with private restrooms and exclusive specialty beer sampling.

This is a 21 and over event, no exceptions. Ticket purchasers and all guests must be 21 or over and must present a valid picture ID upon admission.

AmeriCAN isn’t just a festival, it’s also a competition! The week before the festival, more than 30 certified craft beer judges will gather to taste and vote for their favorites in nine categories including IPA, American Pale Ale, English Pale Ale, Wheat Beers, Stouts and Porters, Ambers and Browns, Golds, Blondes, Pilsners and Light Lagers, Fruit, and Specialty Beer. Gold, silver and bronze winners will be announced at the festival and awarded a medal.