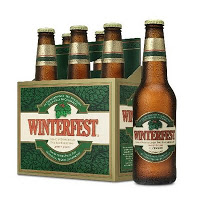 GOLDEN, CO — Winterfest, a rich, creamy Vienna-style lager, celebrates its 26th year as a holiday seasonal beer. One of the nation’s oldest seasonals, Winterfest is on shelf now in Colorado only.

Coloradans looking for this year’s Winterfest will find it as long as supplies last in bars and restaurants in 12-ounce bottles and in liquor stores in 6-packs.

Winterfest pairs well with many different foods, and is also good on its own, sipped from the bottle or a glass.

AC Golden Brewing Company is located in Golden, Colo. The brewery was established to create specialty beers for discriminating beer drinkers and specializes in small batch brewing. It is also the brewer of Colorado Native, an amber lager made with all Colorado ingredients, Herman Joseph’s Private Reserve, a world-class German-style lager, and Barmen, a German-style pilsner.